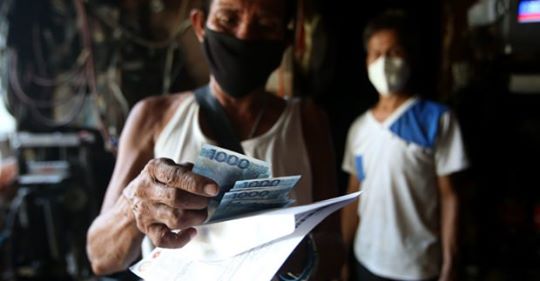 CEBU CITY, Philippines – Over 850,000 families in Central Visayas have already received their cash aid from the national government, the Department of Social Welfare and Development here (DSWD – 7) reported.

Shalaine Lucero, assistant director of DSWD – 7, said around P5.1 billion of the Special Amelioration Program (SAP) was successfully distributed to 850, 802 families in the region.

“As of 8 p.m. Sunday, (May 10, 2020), we are already at 80 percent (from completely distributing the P6.3 billion allocated for Central Visayas),” Lucero told CDN Digital in a phone interview.

This means that there’s still P1.2 billion worth of SAP funds which have not yet been received by intended beneficiaries.

Lucero said only 12 local government units (LGUs) in the region, majority of which are from Cebu, have yet to complete the distribution of financial assistance to the recipients in their respective territories.

“There’s only one LGU in Bohol and Negros Oriental which are yet to complete their distribution. Siquijor has already completed the SAP distribution before the deadline was up,” she said.

“They all informed our office before the 5 p.m. cut-off that they’re doing their best to finish the payouts by Monday. Some of them even had to distribute the cash at night,” Lucero added.

Among the reasons cited by local government officers in charge of distributing the funds, the DSWD – 7 noted were inaccessibility to some areas, threats such as the presence of rebels, and COVID-19 itself.

Meanwhile, Lucero also hoped the 12 local governments can achieve their SAP payouts until Wednesday, May 13, 2020, so they can prepare for the second tranche of cash aid.

“We hope the LGUs can complete their payouts since there’s still a second tranche of cash aid coming,” she said.

The national government has rolled out SAP to provide financial assistance for those who are direly affected by the COVID-19 crisis that has prompted local governments to impose lockdowns and effectively paralyzing mass transportation, and shut down several business establishments. /bmjo