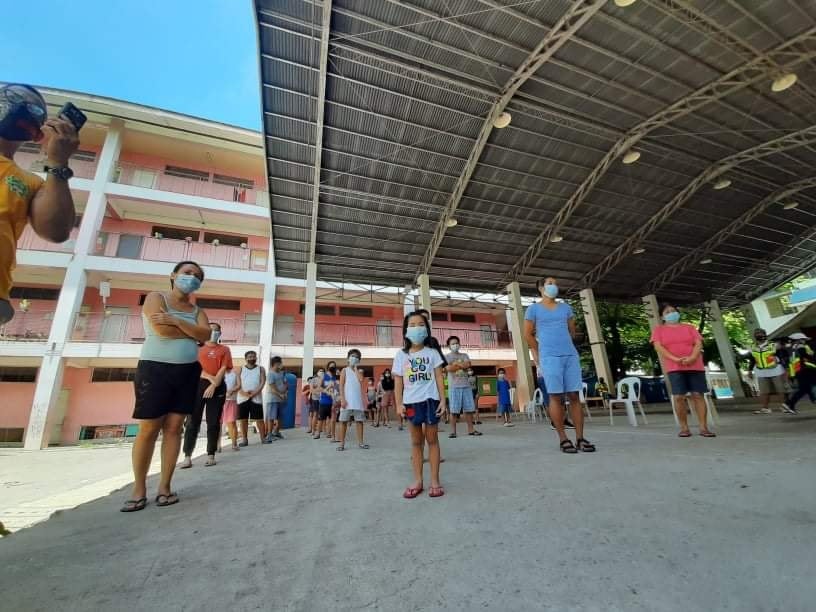 The recovered patients in Barangay Tejero were released on May 30, 2020.| Photo Courtesy of Cebu City PIO

CEBU City, Philippines — More recovered patients of the coronavirus disease 2019 (COVID-19) have been released from the isolation center in Barangay Tejero, Cebu City.

At least 34 asymptomatic patients from Barangay Tejero,, who were isolated at the Tejero Elementary School for more than three weeks, went home on Saturday morning, May 30, 2020.

The patients have tested negative of the virus in two subsequent swab tests.

The patients were provided with one sack or rice each before they were sent home so they would no longer need to go out of their homes to buy to buy their essential goods like rice.

The Department of Public Services and the barangay have disinfected the patients’ home sitios as well so these areas are safe to welcome them.

There are nearly 800 recovered patients out of the 2,144 cases in the city, or at least 36 percent recovery rate.

There are now 436 recovered patients that were able to go home after being isolated. /dbs

Read Next
Chan: No major problems since start of Lapu-Lapu GCQ