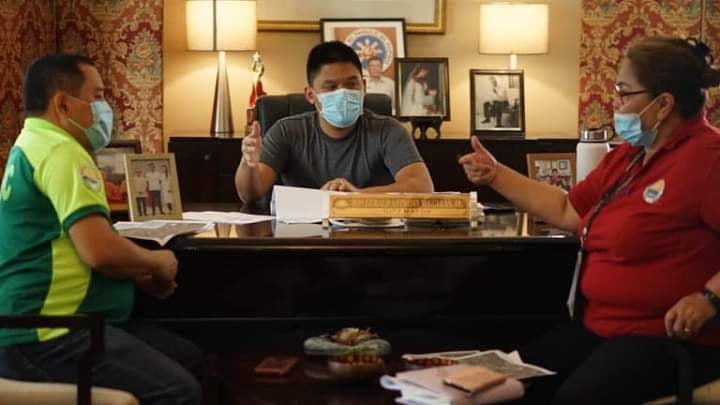 CEBU CITY, Philippines — Talisay City Mayor Gerald Anthony “Samsam” Gullas said that the city government is discussing the possibility of putting up bike lanes to accommodate the growing use of the two-wheeled vehicle.

On his Facebook page, the mayor said he met with the Traffic Czar Jonathan Tumulak and City Planning Officer Christine Homez for the establishment of bike lanes around the city.

He said that Talisay residents have also shifted to using bikes amidst the lack of public transportation, and this has prompted the city to look into establishing bike lanes in major roads for the safety of the bikers.

“First of all, while inner roads within the Barangays are to be shared by all forms of transport including bikes, other city roads and national roads should have bike lanes as we face a new normal. One consideration is the width of the roads and the safety of our bikers. While we put bike lanes on each side of the road, the road must also be big enough to accommodate regular lanes and bike lanes as well,” said Gullas.

The city has currently identified roads that may need and can accommodate the bike lanes including routes Pooc to Sombrea, Poblacion to Linao, Linao to Bulacao, and Tabunok to upland areas.

The mayor said the road in these routes are wide enough for bike lanes and are also major roads traversed by the public.

“I would have also wanted a lane from DECA to Gaisano as well but we have to measure ang kadako sa dalan in these areas if capable for both cars and bikes. We should also look at the safety of our bikers if shared ang road in this area,” he added.

The city also plans to coordinate with the Department of Public Works and Highways for the national roads since these roads fall under the jurisdiction of the national agency.

The mayor said he is also consulting the disaster team for the safety of bikers at the Cebu South Coastal Road (CSCR) and whether bikes should be allowed in this highway or if it was even safe at all for the bikers.

Meanwhile, Gullas urged the biking community to share their ideas to the city government on how to go about with the bike lanes.

“I have always believed the city government cannot do it alone, I will need the help of our Talisaynons in making this decision. Two heads are always better than one. I think with your inputs, I can make a better decision for the city,” said the mayor.

He also announced that no registration of the bikes will be implemented in Talisay City.

The cities of Mandaue and Cebu have also been busy with bike lanes lately due to the demand, especially now that public transportation isn’t in full swing yet. /bmjo

Read Next
Mandani Bay steps up efforts vs COVID-19