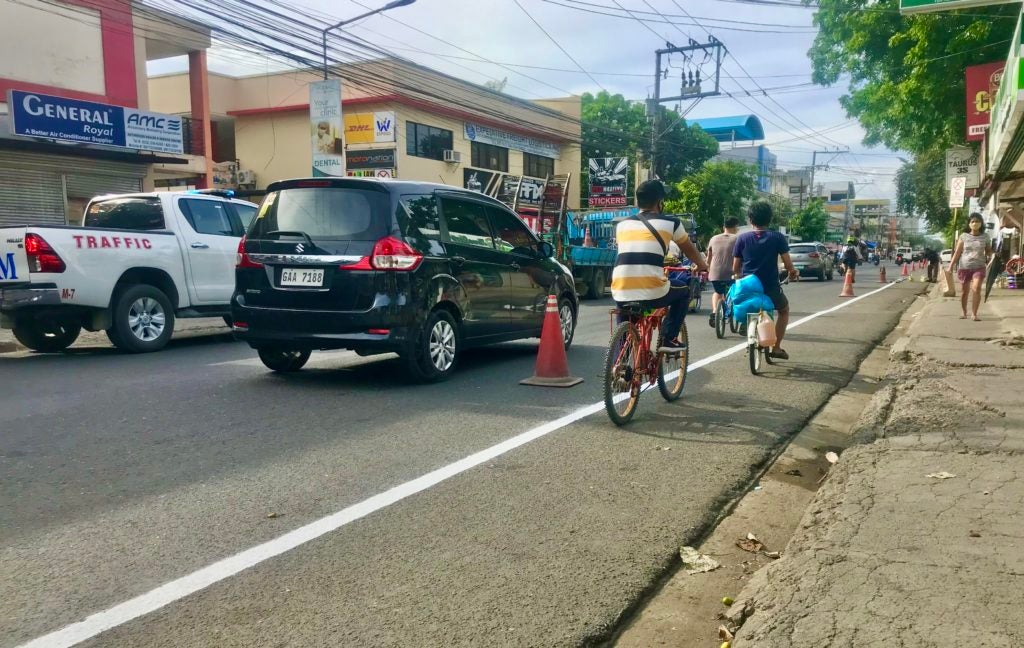 CEBU CITY, Philippines— Mandaue City is preparing an ordinance that would penalize cyclists who won’t adhere to the guidelines expected to be followed by bikers when using city roads.

Lawyer Jamaal James Calipayan, City Administrator and executive director of the Traffic Enforcement Agency of Mandaue (TEAM), told CDN Digital via phone interview that they have not yet finalized the ordinance but said that it will be ready in the coming days since they are still using the first few days in educating cyclists on the dos and don’ts on the road.

Mandaue started putting road markings for bike lanes around the city to encourage the use of bicycles to augment the limited transportation in the city under the general community quarantine(GCQ).

With this, Calipayan recently shared guidelines to be followed by cyclists when using city roads.  This includes the need to always wear a helmet and the installation of rear reflectors and reflective materials for use in night travels.

Read: Motorists told: Don’t use bike lanes or else….

Those who will be caught violating these guidelines will soon be punished.

“What we recommend is if there is a cyclist who violates, we will confiscate his bicycle for 48 hours or two days and impound it. Cyclists will have to undergo a seminar before their bikes will be released,” said Calipayan.

In the seminar to be facilitated by TEAM personnel, cyclists will be taught about the safety measures cyclists must follow on the road, like following simple traffic signs.

Calipayan said that in their recommendation, they have stipulated that violators will not have to pay any penalty fee.

As of now, Calipayan said that they will still give cyclists enough time to comply with the guidelines such as securing helmets and upgrading their bikes for additional safety.

Aside from helmets and the need for reflectors or lights for night biking, Calipayan also reiterated other violations such as backriding or overloading of passengers. Counterflowing in one-way streets is also prohibited.

To avoid confusion on what rules to follow, Calipayan suggested that bikers should just basically follow the same traffic rules being followed by other motorists.

Calipayan said that they will be proposing the said ordinance during the next council meeting on Monday, June 22, 2020. /bmjo