Ferro on Beltran complaint: We welcome their right to file a case 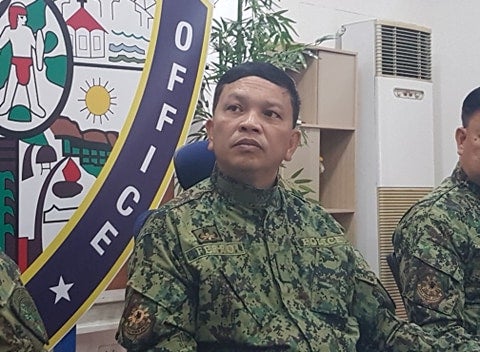 Police Brigadier General Albert Ignatius Ferro, director of PRO-7 says he is willing to face the case filed against him and four others. | CDN Digital file photo

In an phone interview with the reporters on Saturday, June 20, 2020, Ferro said that their camp welcomed the cases as the camp of Beltran has the right to file a compliant.

“We are in a democracy and it is guaranteed in our constitution the right to file case with a legal ground. We will address that in the proper forum,” said Ferro.

It was confirmed by Beltran’s lawyer, Benjamin Militar, on Friday, June 19, that they had sent the complaint against Labella, Ferro and three other policemen, to the Ombudsman and Office of the President.

The filed complaint against the five persons were for violation of Republic Act 7438 or the act defining the rights of an arrested person and arbitrary detention or Article 24 of the Revised Penal Code, during the arrest of Beltran last April 19, over a Facebook post which was tagged as a “fake news”.

With the complaint, Ferro stood his ground that the arrest of Beltran was legal as probable cause was found with Beltran’s post which was acknowledged by the prosecution and elevated to the court.

“The essence here is really, that post of her caused panic to the Cebuanos… wala man tay other motive diha ang atong motive is to stop those that are creating fake news,” said Ferro.

(The essence here is really that post of her (which) caused panic to the Cebuanos…we do not have any other motive here. Our motive is to stop those that are creating fake news.)

Ferro during the interview said that he had yet to read the complaint which had not yet arrive in his office./dbs