CCPO to file charges against men in viral ‘hantak’ photos 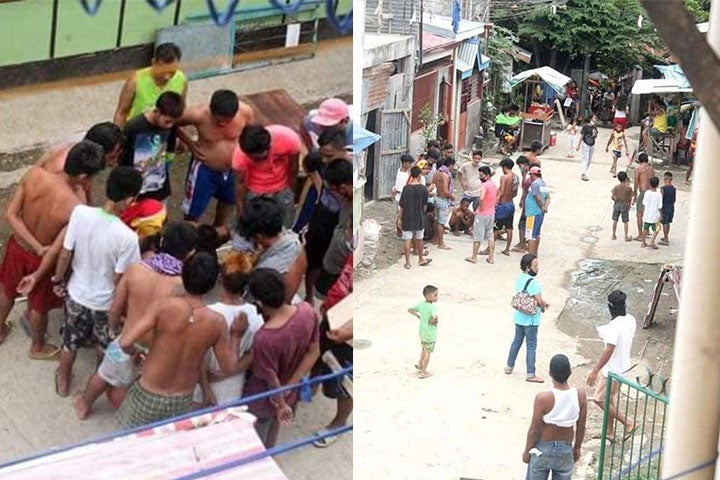 The Cebu City Police Office (CCPO) will initiate the filing of charges against residents of Sitio Ulap in Barangay Basak Pardo who played “hantak” on Friday, July 3. | Photo Courtesy of Atty Juril Patiño

CEBU CITY, Philippines — They will not be spared.

Police Colonel Josefino Ligan, incoming director of the Cebu City Police Office (CCPO), said that they have already identified the men who were playing “hantak” in Sitio Ulap in barangay Basak Pardo on Friday, July 3, and are now preparing the charges that will be filed against them.

“Naa na identify, regular filing to,” Ligan in a text message which he sent to CDN Digital late this Saturday afternoon, July 4, 2020.

However, Ligan no longer gave additional information on the outcome of their investigation on the illegal gambling activity in Sitio Ulap.

Ligan is yet to formally reassume his post as CCPO director from Police Colonel Cydric Earl Tamayo, the CCPO in-charge, on Monday, July 6, after he went on sick leave for about a month.

He said that he is yet to also formally receive the investigation report prepared by the Pardo Police Station.

But Tamayo told CDND that complaints for illegal gambling and the violation of enhanced community quarantine (ECQ) protocols may be filed against the Basak Pardo residents who appeared on the viral photos.

Police Brigadier General Albert Ignatius Ferro, director of Police Regional Office in Central Visayas (PRO-7), said that those who will be caught violating ECQ protocols “will undoubtedly face the consequences of their actions through the charges that will be filed against them.”

Aside from filing cases against the violators, Ferro said they are also doing an investigation to determine why some Cebuanos would still prefer to violate government regulations. / dcb