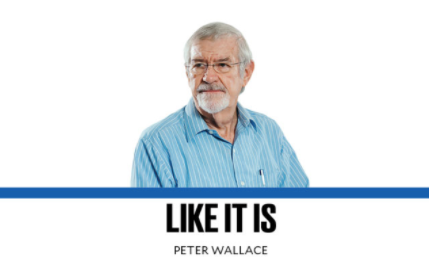 They’re calling it the “new normal.” A world in upheaval. What will that new world look like?

Let me suggest a few of the changes we may see.

The first thing to recognize is that, of the changes we’re seeing now, many of them will be permanent in the same way 9/11 changed the way we move in society. Tight airport security checks never existed before 9/11; now they’re an unfortunate daily way of life. So, too, will it be After COVID-19 (AC). Societies will be structured differently, more odious travel arrangements the least of them.

The most important change COVID-19 has triggered is digitization. It was coming, was already occurring, but now it will be at much greater speed. It’s a machine-gun sweep across many of the things we do at once. Ten years ago we didn’t have smartphones. Ten years from now we won’t carry them, they’ll be built in. Artificial Intelligence and nanotechnology are going to put us into a world so different we’ll wonder what the hell happened. Bluetooth is just the beginning of a wireless world. Power, real power, will be able to be transmitted by being close. There are already examples of it. When the radio was invented it was called “wireless” because it operated without the wires telephones had. It was a miracle. Those miracles are now escalating at warp speed.

Ten years from now, forests will be growing as paper disappears. That, together with renewable energy power that hopefully includes nuclear power and electric vehicles, means the cleaner air we’re witnessing today will become a more permanent reality. But perhaps not to the same degree we’re witnessing now. Coal-fired plants will follow the steam train. Almost all activities will be digital. This includes money, and banks will be one of the industries that will most urgently need to change. Paper money and checks will be displayed in museums. Bank branch offices will be few and far between. All financial transactions will be on the internet, and there will be a more pronounced use of mobile banking and online transactions. I postulate that there’ll be fewer, bigger banks, and they’ll be the multinationals who’ll have absorbed the locals. Money knows no borders.

In regard to the present crisis, James Galbraith, an American economist, has a good point when he said much of people’s debt cannot be repaid, and should not. It was no fault of the debtor that he couldn’t meet his mortgage; he’d been thrown out of a job through no fault of his own. A social upheaval will arise if banks try. Governments will have to step in to pay those debts, or the cost of extending their term. After World War II, war debts were written off. That may be necessary now, too. People can’t lose their homes because of COVID-19.

It may be wishful thinking, but we could see a decline in the influence of politicians and the rise of genuine experts to take their place. COVID-19 has shown up the ignorance of too many politicians around the world, counteracted by the wisdom health experts have shown (try maskless golfer Donald Trump versus mask-wearing National Institute of Allergy and Infectious Diseases director Dr. Anthony Fauci). That could well extend into other fields—global warming being a major, immediate one where the experts need to be listened to, and the politicians’ posturing cast aside. Or we will all drown as the oceans rise and the land heats up to unlivable levels.

Personal privacy will be even less than it already is. Governments will be monitoring everywhere you go, where you are. Some, as China does, may intrude into what you say, too. Thinking just might stay protected, for now. But I wouldn’t be surprised if we learn to read people’s brains. Scientists already have in an experiment where one man was connected by nodes on his head to nodes on another man’s head. He could read the yes or no answers of the first man’s answers to questions. Big Brother is but a step away; 1984 was only delayed.

It’s going to need a much more active public to resist this, and that I don’t see happening. It’s the frog in cold water gradually brought to the boil. The public just adapts. Look at the horror of air travel today. Security check, followed by security check, and then, often, another. In my heyday of travel, you walked from the car to check-in to the plane, unimpeded. It was pleasurable. Today it’s torture. Add now health checks, and the queue stretches around the block. The two hours before flight becomes three or four. Airlines will recover, the ones which survive, and families will travel again. But the freedom of yore will be gone.

Read Next
LIST: Quarantine classifications of provinces, cities in PH until July 31