Labella: Households in riversides need to be relocated to solve flooding 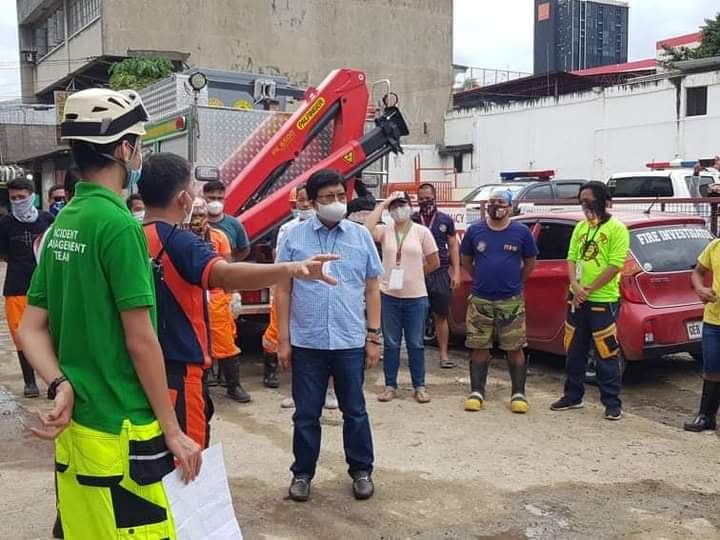 CEBU CITY, Philippines — Cebu City Mayor Edgardo Labella said that the households within the three-meter easement or riverbanks in major waterways in the city would have to be relocated for waterway projects to push through.

This is the only way to address in long term the flooding problem that has been plaguing the city this La Niña, which is expected to last until the middle of 2021.

An expected 700 households or at most 4,000 individuals will be affected by the relocation project in the riversides of Kamputhaw River, Lahug River, Bulacao River, Butuanon River, and the Tejero and Tinago creeks.

The mayor said that some of the households already “agreed in principle” to relocate, and the city will be providing a relocation site for them.

“Some of them are willing to go back to their respective provinces. Of course, we are building three tenement housing for them. I hope we can finish them soon since these were temporarily stopped because of the pandemic,” said the mayor.

For Labella, the relocation of these families would be the first step in finally solving the flood problem, as this would clear the way for the Department of Public Works and Highways (DPWH) to dredge, deepen, and widen the rivers.

They have also been instructed to clean out the garbage in the major waterways as a short fix to the flood problems that have reached the uptown portions of the city.

Councilors Jerry Guardo and Joel Garganera, the council’s chairpersons for infrastructure and environment respectively, said that there was a need for political will to realize the drainage project.

“This (incident) is a product of many years of neglect. You know what? There should be political will in order for the drainage problem to solved. The only way to solve the drainage is to clear our rivers,” said Garganera.

Similarly, Guardo said that there would be no movement on the P4 billion drainage projects of DPWH in Cebu City if these households would remain.

“It takes political will to relocate these families and make them follow the three-easement policy. There is a sense of urgency on this matter,” he added.

Both Guardo and Garganera believe that the DPWH drainage masterplan is the best solution for the flooding problem of the city./dbs