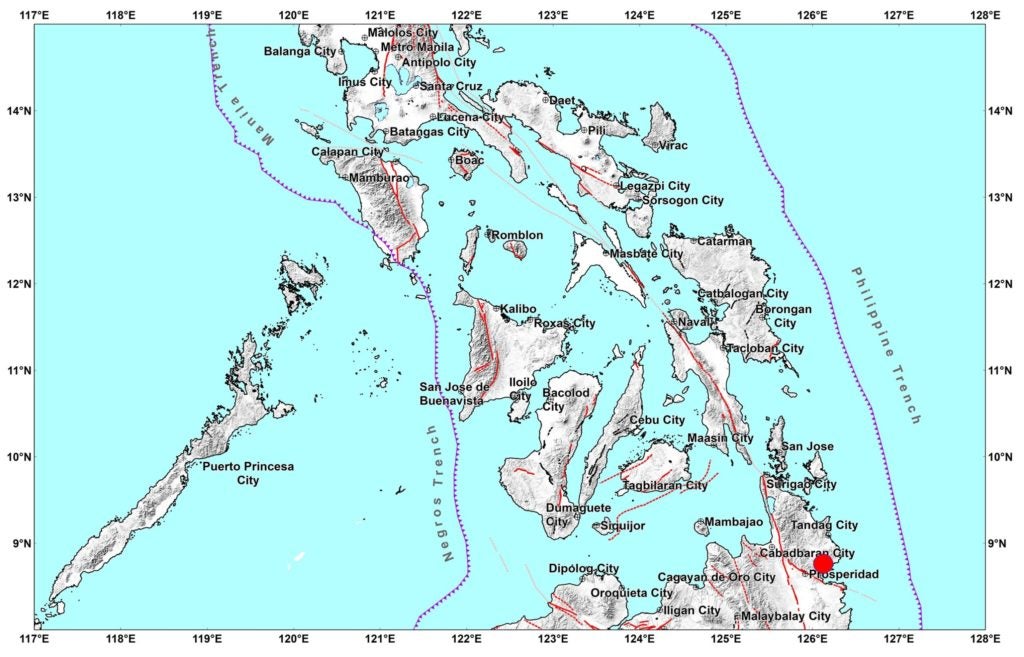 Phivolcs reported that the earthquake was of tectonic origin and struck 11 kilometers northwest of San Agustin at 6:37 a.m.

It had a depth of focus of 58 kilometers.

The earthquake was felt at Intensity V in Bislig City, according to Phivolcs.

Meanwhile, instrumental Intensities were recorded in the following areas:

Phivolcs said damage and aftershocks are being expected from the earthquake.