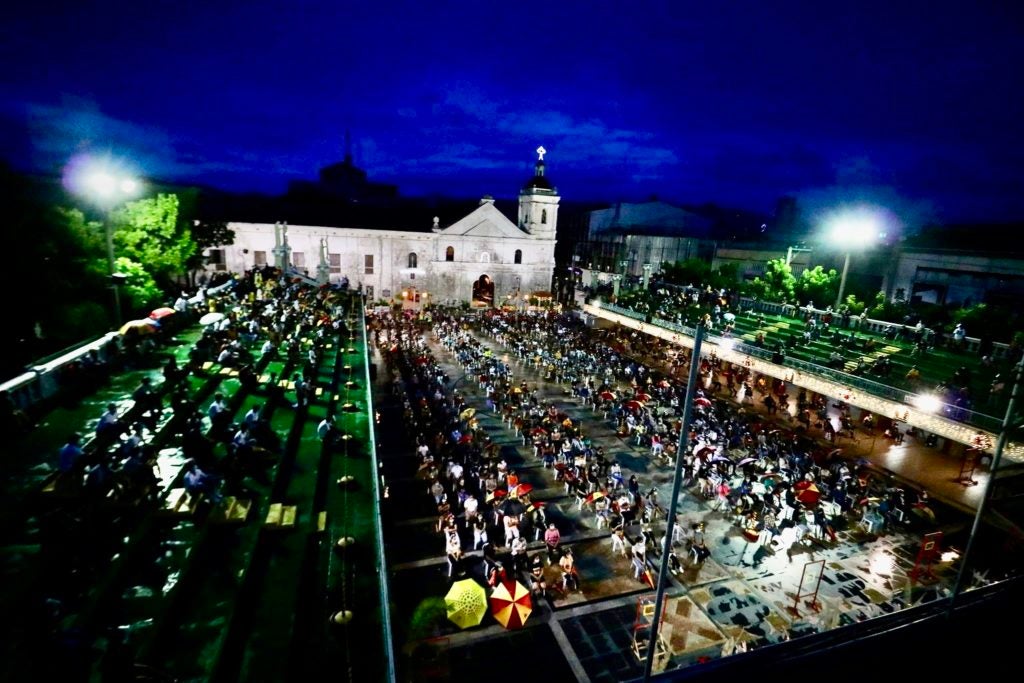 In this photo taken from the Basilica Minore del Santo Niño Facebook page, churchgoers are seen following social distancing protocols on the third day of the Misa de Gallo on Friday, December 18, 2020.

According to Councilor Joel Garganera, EOC deputy chief implementor, there was a significantly reduced number of people attending the Misa de Gallo in the 35 Cebu City churches.

For the first three nights of the Misa de Gallo, people have been filling the churches fast with even more people attending the Mass outside, making it a struggle for the barangays and the security forces to control the crowd.

However, the people, who were willing to stay outside to hear the Mass before, were hesitant to do so under torrential rains brought by TD Vicky.

This led to a reduced number of people attending the Misa de Gallo by more than 60 percent.

In the Basilica Minore del Sto. Niño, which is one of the churches people flock the most, only a handful of people braved the rain to attend the Mass outside.

Since parishioners without umbrellas and raincoats were not allowed to go near the churches as well, this allowed another reduction to the usual Misa De Gallo crowd.

For the EOC, this was a relief from the three days where the people risked their health to join the Masses, seemingly unfearful of the coronavirus disease 2019 (COVID-19).

The EOC will not let down their guard though, as tomorrow, good weather is expected on a Sunday. More people will likely attend the Misa De Gallo.

The agency reminds the public to be mindful of the health procotols should they attend the Mass. They are encouraged to watch the livestream instead to avoid adding to the crowd.

Garganera also reminds that minors below 15 years old and senior citizens above 65 years old will not be allowed to enter churches. /dbs