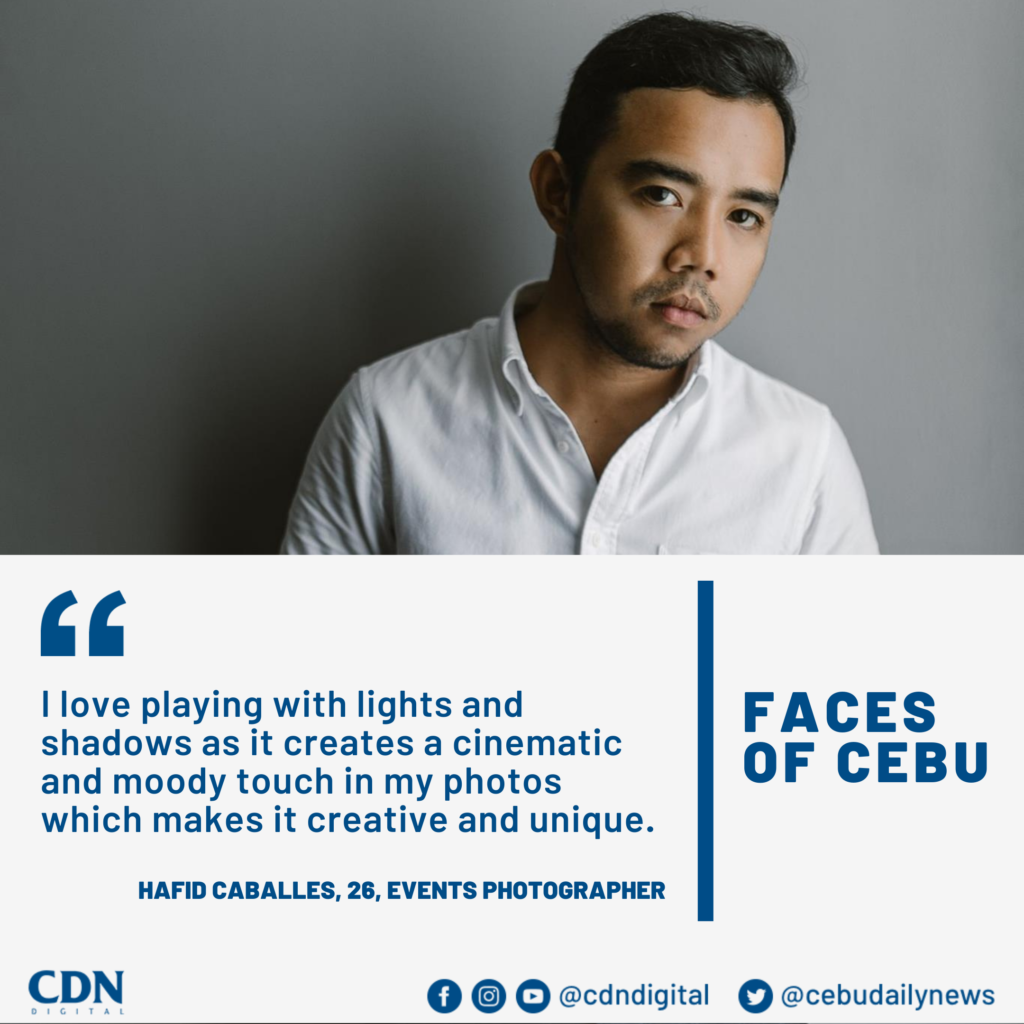 Because he takes photography to the next level.

Hafid Caballes, 26, is the person behind Pidography, one of the most sought photography groups in Cebu.

Caballes took a Bachelor of Fine Arts Major in Advertising Arts course in college, which led him to fall in love with photography.

“This program had a course of Photography and Film Making. I was influenced by this and eventually ventured into the photography industry in 2011. I was 18 years old back then,” he said.

He started doing small events like pre-debut shoots, debut shoots which then lead to big events such as prenup shoots and weddings.

Caballes can be remembered for his prenup shoot with a Money Heist theme, which went viral.

Read: Temple of Leah turns into the Bank of Spain from Money Heist in this prenup photoshoot

“The Money Heist prenuptial shoot was by far the most memorable shoot I did. This was because its concept was unique and really out of the box for these types of photoshoots. It also landed us in various news articles and blogs all around the world. What made it even more memorable was that it had gone viral in most of the countries in Asia, the United Kingdom, and even in Spain where the series originated from. It was indeed a proud moment for us,” he said.

Among some of his viral works include DC and Avatar-themed prenup shoots.