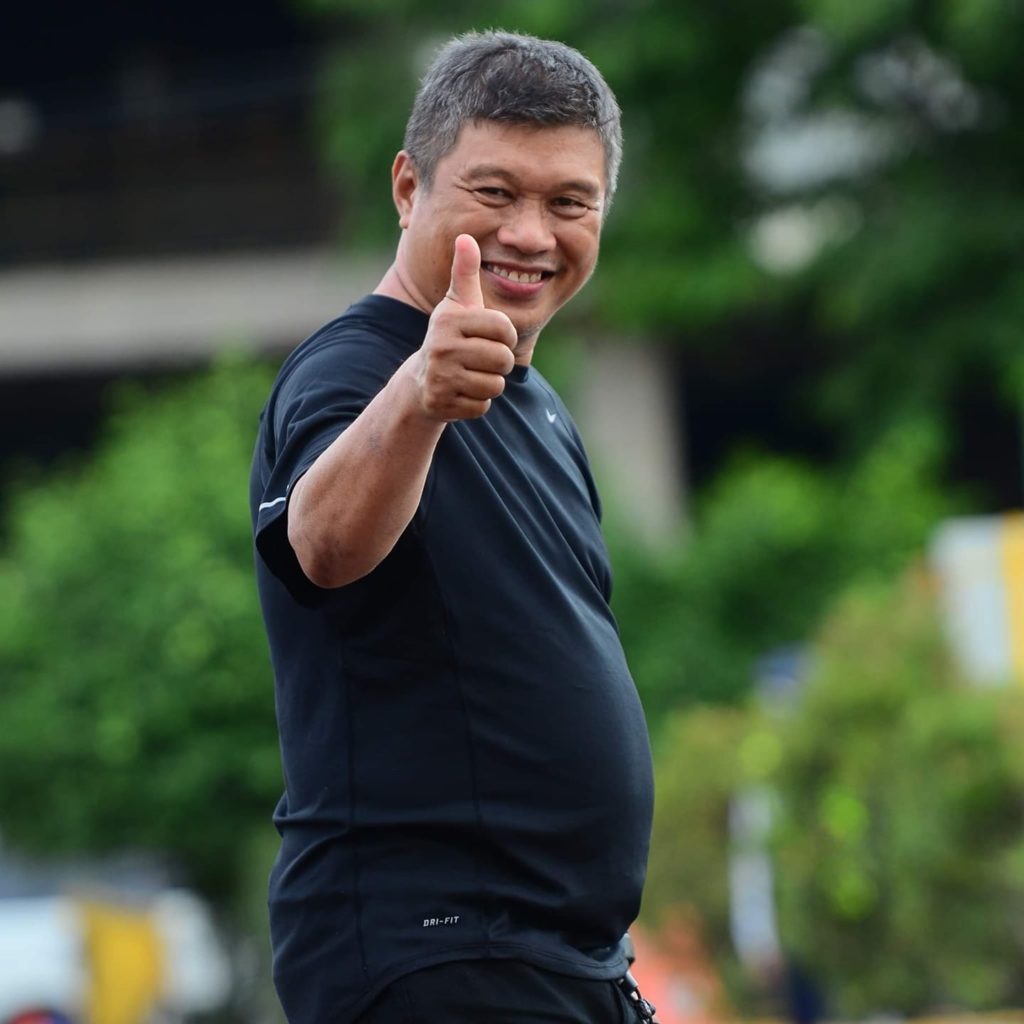 Joel Baring, a noted race director in Cebu, gives a thumbs up sign in this photo from his Facebook page.

CEBU CITY, Philippines—Cebu was once hailed as the running capital of the Philippines, thanks to race directors like Joel Baring.

If you’re a regular runner in Cebu, you probably know Baring, or popularly known as “Joebars” in the sports scene here.

Baring is the chief of the Sports and Fitness Enthusiasts (SAFE), one of the more noted running events organizing team in Cebu.

The 54-year-old Baring is one of the few Cebuanos who started the running boom in Cebu back in early 2000s.

During that time,Baring spends most of his week doing paperwork, measuring distances, filing permits for races, and attending meetings and press conferences for his scheduled running events.

But just like everyone else, everything changed when the COVID-19 pandemic happened in 2020.

Baring and other notable Cebuano sports organizers were forced to cancel their events due to the pandemic.

“Everybody was shocked, including me, when they announced the lockdowns last year. Fortunately, I was able to finish several major running events before the entire country locked down,” Baring said.

But Baring chooses to note the positive things the pandemic brought to him, rather than think of all the negative things that happened.

“Because of the lockdown, I learned how to take care of plants!” he said. “Most importantly, I have more time with my family and my grandchildren,”

“But I’m really not used to this kind of routine. Before, I spend my entire day with meetings, paperworks and activities. I usually get home late at night. But with the pandemic, everything changed.”

Baring revealed that not only he misses running events, but also the runners themselves.

Baring said he is helping the Cebu running community get back on its feet by staging non-competitive virtual running events in partnership with various organizers.

“A lot of runners are longing to run again in a footrace. They are not that fond of virtual runs. They told me that running side by side with fellow runners is a whole different experience,” he said.