A day in the life of a fisherman in Malapascua 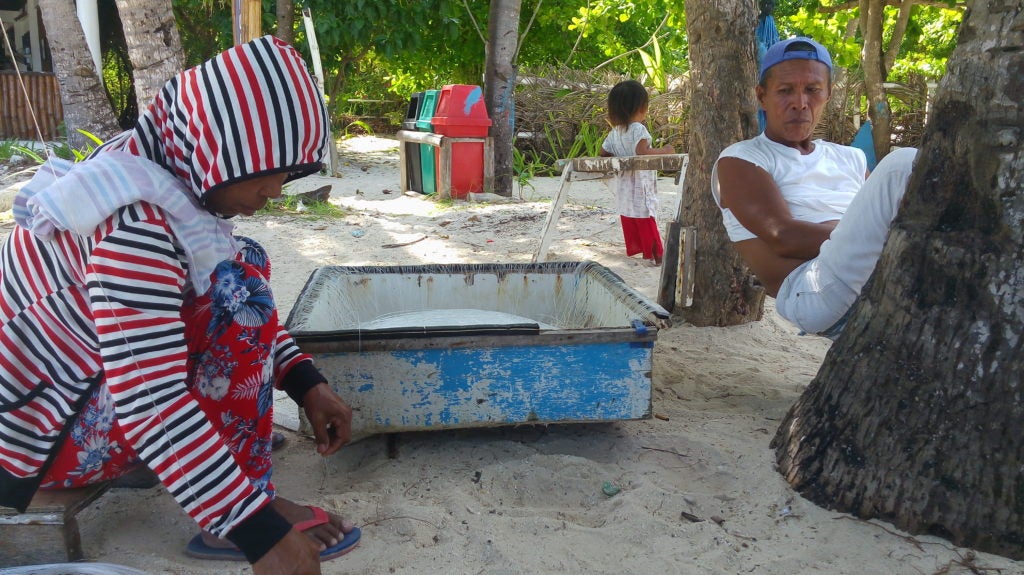 Carmen Baman makes a “kitang” for her husband Guillermo’s use the next day. | Doris Bongcac

MALAPASCUA ISLAND, Daanbantayan — Fishing is something that Guillermo Baman learned at a very young age.

But he never learned to make “kitang” when he was still in his hometown in Samar.

He learned the art of making “kitang” (fishing line with many hooks) when he moved to Malapascua Island 30 years ago and married his wife, Carmen.

The couple was blessed with six children and now has 10 grandchildren.

Guillermo said that while he had learned how to make “kitang,” he would still allow Carmen, who is the expert in this kind of work, to do most of the task for him.

Guillermo said that he would normally go out to sea at 3 a.m. to fish using his “kitang” near Carnaza Island.

With the help of his children or some neighbors, he would come home with at least five kilos of fish, mostly lagaw, when he would return to shore at 7 a.m. or four hours later.

With Carmen waiting on the shores of Malapascua Island, the couple would then deliver his catch to an island resident who would pay for their lagaw at P150 per kilo and transport these, together with the catch from other fishermen in their area, to the Pasil Fish Market in Cebu City.

After they would have collected payment and eaten breakfast, they would then go back to the shorelines to work on their “kitang.”

Carmen does most of the work — either to fix Guillermo’s “kitang” or make a new one. 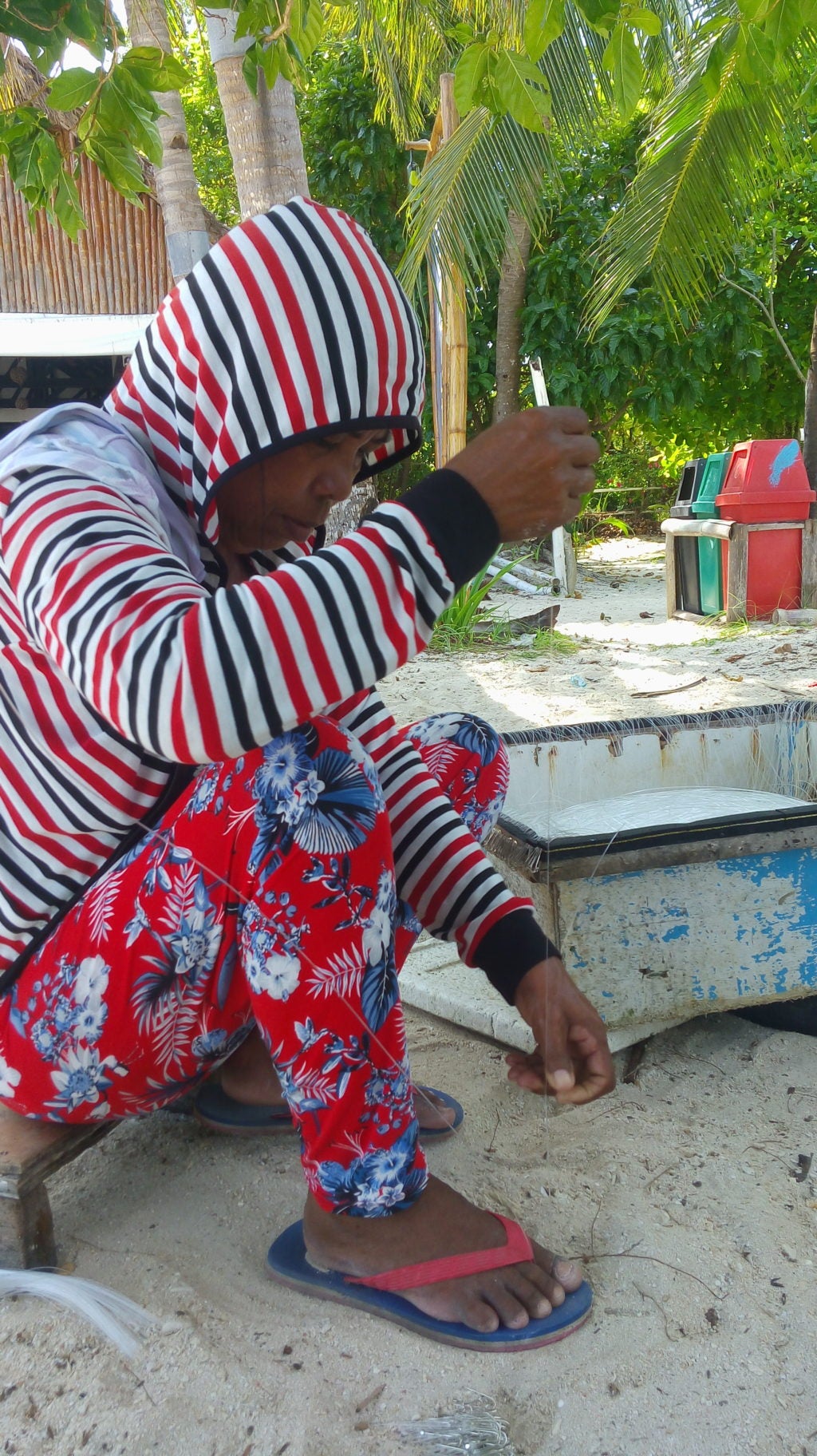 Kitang is made of nylon string and round bent sea hooks. | Doris Bongcac

A “kitang” is made from nylon string and round bent sea hooks.

The hooks are tied to the string at least 1.5 meters apart.

Carmen said she would normally start her work on the “kitang” at 8 a.m. and complete the task, with Guillermo as her alternate, after six hours or at around 1 p.m.

While Carmen worked, Guillermo would sleep or rest on a hammock which he had placed on a nearby tree. The couple would also watch their grandchildren play while they worked.

Some of their children are also nearby working on the “kitangs” that they will also use for fishing.

The Baman family used to live near the shores of Malapascua Island but they were asked to relocate into the interior when resorts started to mushroom in their area.

They now occupy a small hut that was built on a lot in Sitio Montenova that is located about 500 meters away from the shorelines.

Still, they continue to spend most of their time close to the sea because working on their “kitang” while in the area and close to their pump boat is more convenient for them.

Nearby resort owners do not also seem to mind their presence for as long as they no not litter and block their passage ways.

When they need new supplies, they ask neighbors who will be visiting the Pasil Fish Market in Cebu City to drop by downtown stores and get them new nylon strings and sea hooks.

They would also buy “libod” and “tuloy” (sardines) from other fishermen in their area for use as bait on their “kitang.”

The baits are attached to the hooks.

When the “kitang” is thrown into the sea, the presence of the baits would attract fishes that could get trapped on its hooks.

After Carmen completes her task of fixing her husband’s kitang, Guillermo is again ready to go back to sea the next day.