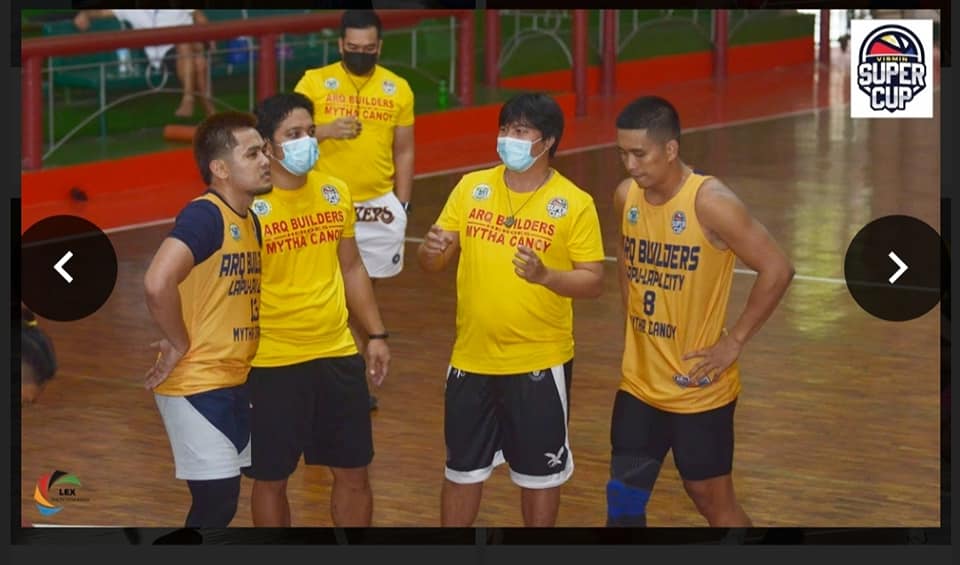 Francis Auquico (second from right wearing a face mask) talks to his players during their training camp in Cebu City. | Photo by Alex B. Tan

Head coach Francis Auquico, who is one of the coaches of the vaunted Sacred Heart School-Ateneo de Cebu (SHS-AdC) Magis Eagles high school basketball squad, said the team has a lot of work to do to be able to stay competitive in the professional tournament that starts its bubble-type season on April 9, 2021 in Alcantara town, southwestern Cebu.

He said the team, which is currently billeted at the Green Villa Resort in the neighboring town of Moalboal, needs more practice to reach their full potential.

(We started our training camp in February but we’re still 50 percent ready. We are waiting for our schedules for practices inside the bubble. We’re far from reaching our goal, he have a lot of work to do.)

The Heroes officially entered the bubble last Tuesday, March 30, 2021, to start their month-long stay inside for the entire tournament.

Despite the lack of preparation due to the restrictions of COVID-19 protocols, Auquico said he has seen improvements in his team.

(We can see progress in our chemistry, which is good for the team. The team has gelled well compared to the first day of training camp.)

Read Next
Montebon eyes to donate more to PDLs