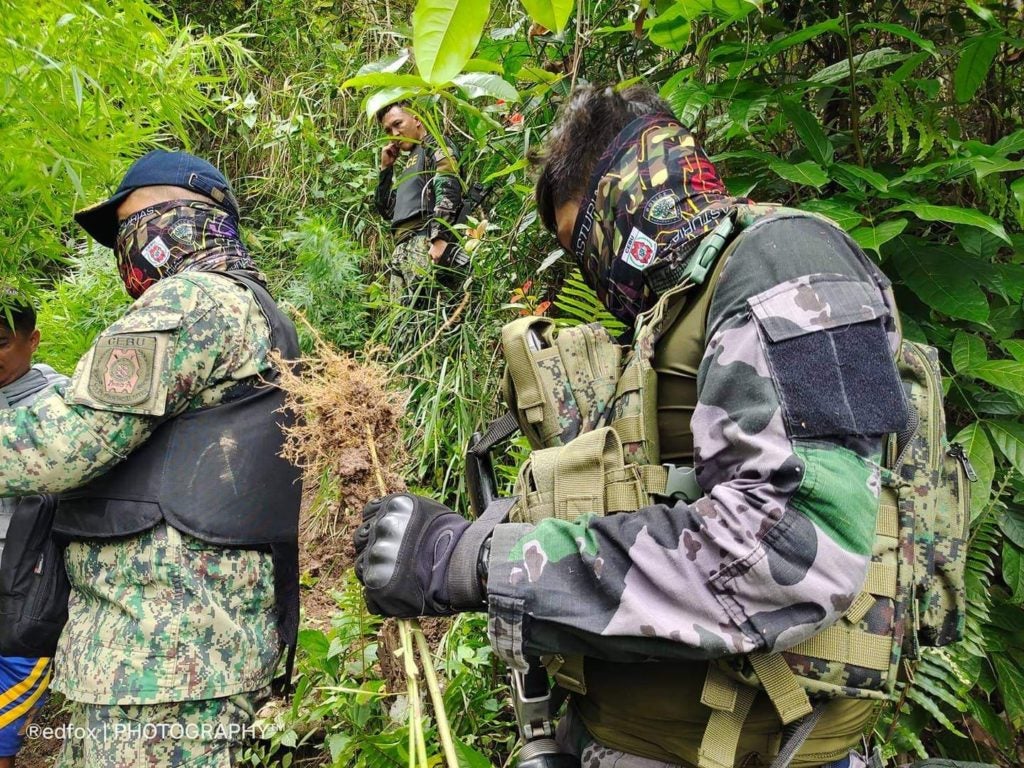 CEBU CITY, Philippines — At least P400,000 worth of marijuana plants were uprooted at around 1 p.m. on Thursday, April 1. in Purok 1, Barangay Kaluangan, a mountain barangay in Asturias town in northwestern Cebu.

Policemen of the Asturias Police Station destroyed 1,000 stalks of fully grown marijuana plants in the area, which was located at least a kilometer away from the road.

Asturias police said in a report that the 1,000 stalks of fully grown marijuana plants had an estimated worth of P400,000.

Renante Camaongay, whom police believed to be the owner of the marijuana plantation in the area, was able to elude arrest.

The Asturias police said that they placed the area under surveillance for a month after they received reports of the marijuana plantation in the area and before they conducted the operation on Thursday.

The police destroyed the marijuana plants on site.

Read Next
Cristina from Grey’s Anatomy trends on Twitter