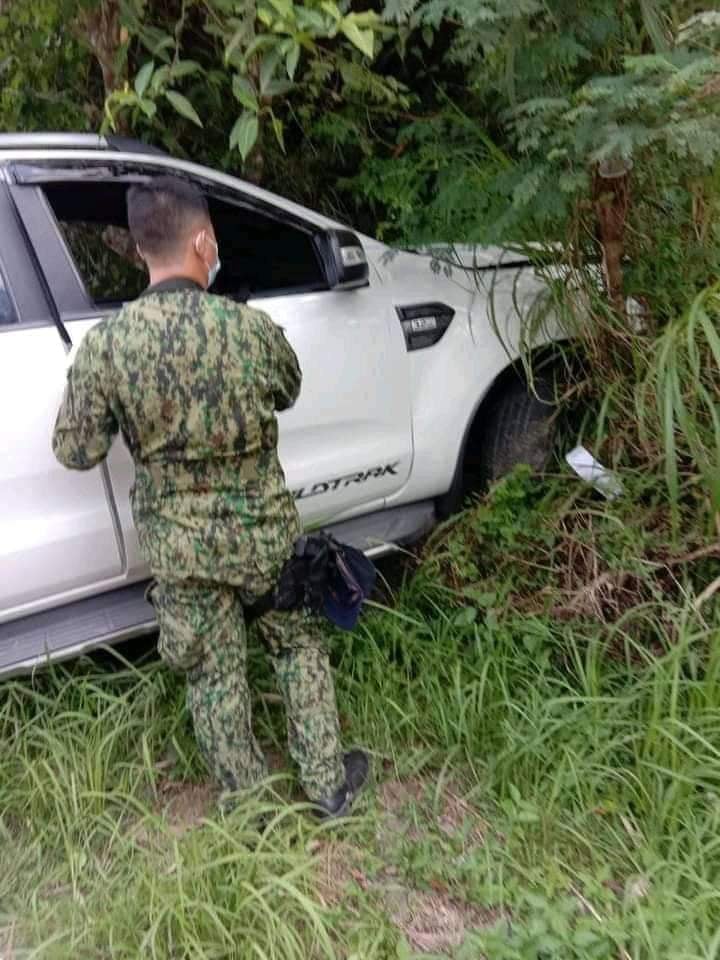 CEBU CITY, Philippines — A female motorcycle rider and his male back rider died after they collided with a pickup truck along the Transcentral Highway in Barangay Gaas in Balamban town in western Cebu at nearly noon today, April 5.

Deal Estrada, 30, of V. Rama Street in Barangay Guadalupe, Cebu City, was declared dead on arrival at the Balamban District Hospital while her back rider, Winston Alatraca, 33, of Barangay Labangon, Cebu City, died a few minutes later after he arrived at the hospital, said  Police Staff Sergeant Donard Pitogo, traffic investigator of the Balamban Police Station, in a phone interview.

Pitogo said that Estrada was the girlfriend of Alatraca’s brother.

The driver of the pickup truck, Kirk Mharwin Labiste, 22, of Barangay Lawaan 2, Talisay City, was detained at the Balamban Police Station detention cell.

Pitogo said Labiste’s fate would depend on the victims’ relatives on whether they would negotiate with him or they would file charges against him.

Investigation showed that Estrada and Alatraca were cruising on their motorcycle along the Transcentral Highway from Cebu City heading to Balamban town at 11:40 a.m. today when the pickup truck traversing the opposite lane suddenly swerved to their lane and collided with the motorcycle.

The impact of the collision threw Estrada and Alatraca off the motorcycle and they landed on the side of the road, causing them multiple injuries, which probably caused their deaths, said Pitogo.

Labiste, the pickup truck driver, told Pitogo that he lost control of the vehicle after he allegedly lost his brakes.

Pitogo said that Labiste was probably driving at a high speed because the collision not only threw the rider and her passenger off the motorcycle, but the impact also hurled the motorcycle several meters away from the point of collision.

He also said that Labiste was not drunk or intoxicated when the accident happened.

Aside from that, he said that they were also verifying Labiste’s claim that he lost his driver’s license.

Rider injured after his motorcycle clips SUV in Busay

Read Next
Mayor Cortes of Mandaue positive for COVID-19