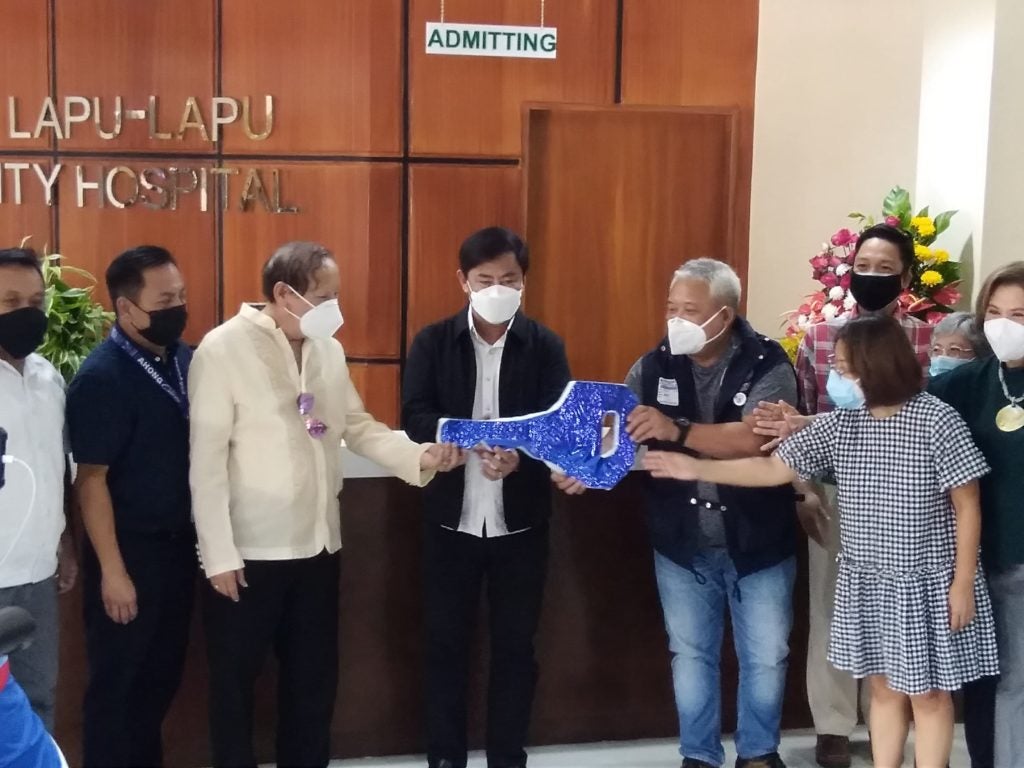 Oporto said that phase 2 of the project comprised the ground floor and 2nd floor of the building.

(This will be for the cashier, billing, information, pharmacy, our OPD, our admin office and our nurse station of the admitting section.)

The project was funded by the DOH-7, which is worth P27 million.

Bernadas, for his part, said that he was glad that the project had been completed, despite the delays that they had experienced.

“But along the implementation, the city government decided to change the design from a two-story building to a four-story building, with a rooftop,” Bernadas said.

Aside from the change of its design, the agency has also experienced some problems with its previous contractor.

There will also be phase 3 of the project, which will comprise of the 3rd and 4th floors of the hospital’s main building.

Chan said that the agency had allocated more than P20 million for the third phase of the hospital building.

The mayor, however, said that the amount would not be enough and that they would need an additional P68 million to complete the third phase of the construction.

But Chan said that he had already resolved the problem after Senator Christopher “Bong” Go and Senator Sonny Angara promised him that they would include the allocation of the amount in the 2022 general appropriations.

With this development, Chan said that Oponganons could now expect quality health care service from the Lapu-Lapu City Hospital.

(That is what we are trying to correct, the previous misconception about there is no use of having yourself treated in this hospital. So we are changing their mindset about this hospital that this is where you can be treated, so come to this hospital and be treated.)

If the construction of the third phase will become complete, the hospital would now be able to accommodate 105 patients. Currently, the hospital only has a license of 50-bed capacity.

Chan said that the city was also aiming to raise the accreditation of the LLCH from a level 1 hospital to a level 2 hospital.