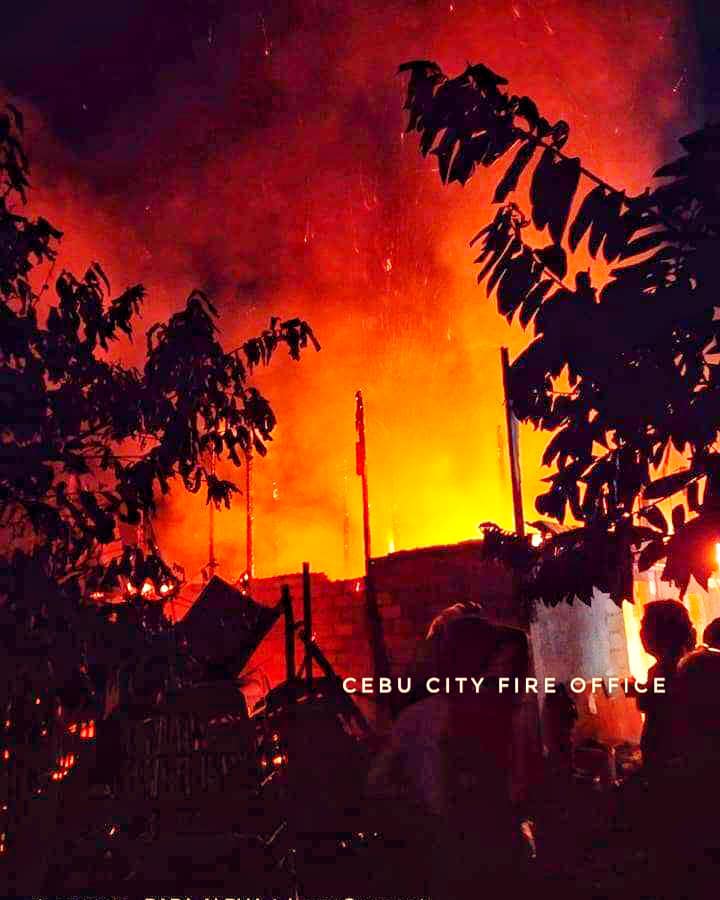 This photo was taken by the Cebu City Fire Office during a fire that hit Sitio Mahayahay in Barangay Calamba, Cebu City around 2:40 a.m. on Friday, April 9, 2021.

CEBU CITY, Philippines — An estimated P300,000 worth of property were damaged in a fire that burned 15 houses along A. Lopez street in Sitio Mahayahay, Barangay Calamba, Cebu City, on Friday dawn, April 9, 2021.

According to Fire Officer (FO3) Emerson Arceo, the dawn fire burned 15 houses in a 200-square meter area.  There were around 25 families affected.

Arceo said there were no reported casualties or injured individuals during the said fire.

As per their initial investigation, the fire started from the house of a certain Angel Benuya. However, they have yet to determine the cause of the fire as of this posting.

The fire is the fourth fire incident, as per this reporter’s count, that transpired in Cebu City alone.

Last April 2, an establishment in Good Shepherd in Banawa in Barangay Guadalupe was also damaged by a fire. On Easter Sunday, April 5, a dormitory located along RR Landon Street was also hit, causing P12 million in total damage. On Thursday, April 8, a fire that hit Barangay Tisa injured a one-year-old child.

According to Senior Fire Officer (SFO1) Walter Tello, chief of the intelligence and investigation section of the Bureau of Fire Protection Central Visayas, in March 2021, during the Fire Prevention Month, they recorded a total of 88 fire incidents in the region amounting to P12, 210, 690 total damage.

From these incidents, they have noted 67 structural fires, 12 grass fires, and nine vehicular fires. Also, from these reported fires, there were nine injured individuals and four fatalities.

READ: BFP-7 goes digital, urges public to be preventive not only responsive

Read Next
The pandemic beggars our children