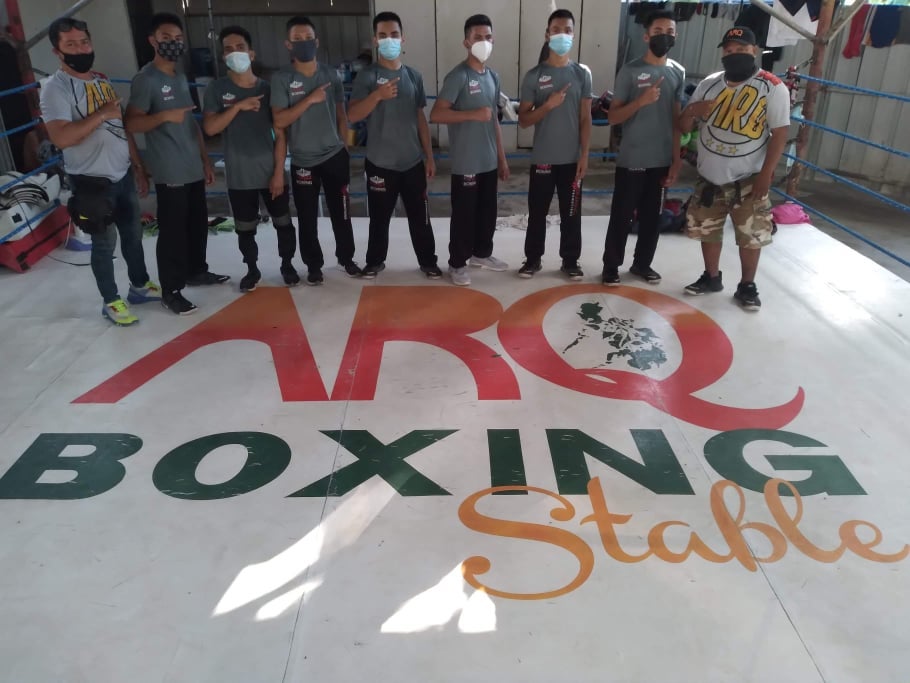 ALWAYS Ready. Despite the rescheduling of their upcoming bouts, ARQ Boxing Stable boxers continue to train at their gym in Kinasang-an, Barangay Pardo, Cebu City with their trainer Eldo Apawan Cortes (extreme left).

CEBU CITY, Philippines—- The much-awaited maiden boxing fight card of the newly-formed ARQ Boxing Gym is getting rescheduled for the second time. Now, it is slated for May 15, 2021, at the  Alcantara Civic Center in Alcantara, southwest Cebu.

The boxing stable’s chief trainer Eldo Apawan Cortes told CDN Digital that despite the setback of their maiden fight card, his boxers remain optimistic and continue to train at their gym in Kinasang-an, Barangay Pardo, Cebu City.

It was originally scheduled for March 20, but Cortes and his team were still processing all the requirements needed for their sports event at that time.

However, due to the strict safety protocols set by the ongoing Chooks-to-Go Pilipinas VisMin Super Cup, the fight card is moved to May 15.

(My boxers are so excited. They trained for almost six months. Now, their fights were again moved for another month.

Postponements and rescheduling of fight cards in local and international boxing events are very common these days due to the COVID-19 pandemic.

He said that they already accepted the decision and would continue training and motivating his boxers, who had already spent a lot of effort and time training.

(We’ll just continue training. I will just. They could have completed their sparring last week. We will just maintain our weight and a little more sparring.)