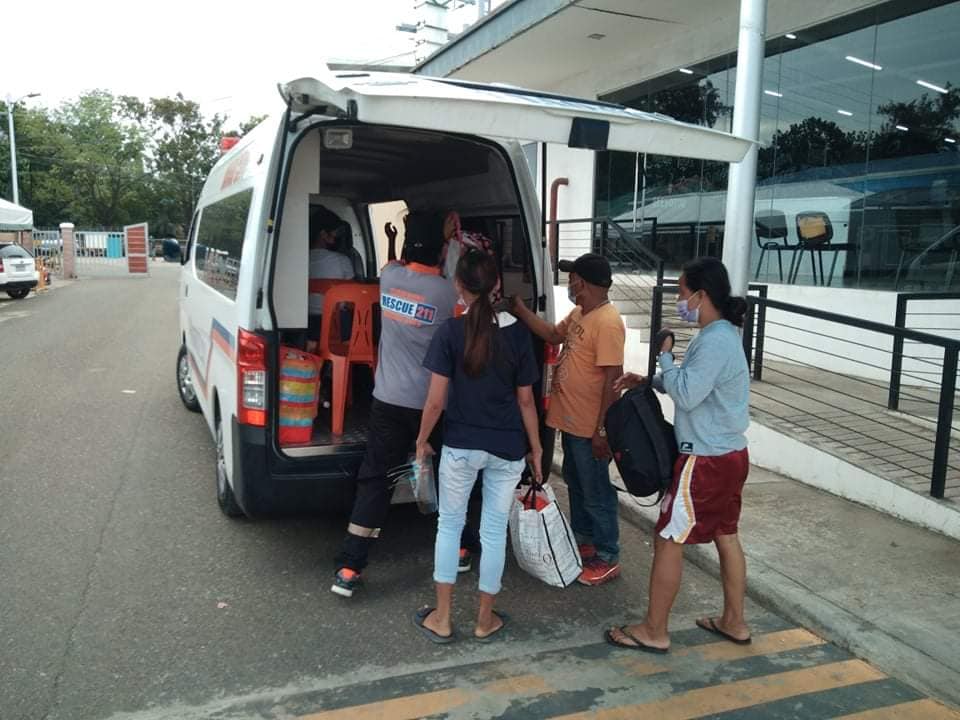 MANDAUE CITY, Cebu — Close to a hundred individuals were left stranded at the different ports in Danao City following the suspension of sea travels on Saturday, April 17.

The City Disaster Risk Reduction and Management Office (CDRRMO) of Danao City recorded at least 70 individuals, who were unable to cross to Camotes Island from the port in Barangay Poblacion.

CDRRMO first brought 50 passengers to the city’s temporary shelter on Saturday, where they were made to spend the night.  Another group of 20 individuals were later on brought to the temporary shelter.

On Sunday morning, April 18, another 20 individuals, who were bound for Isabel, Leyte, were also stranded at the North Harbor in Dacar in Barangay Dunggoan, the CDRRMO reported.

(We found out that they were given the permission to temporarily stay at the port terminal’s waiting area.)

The CDRRMO said that the city government through its Bayanihan Cooking would be sending packed meals to make sure that stranded individuals would be fed.

Signal No. 1 up in northern Cebu

Camotes Islands, E. Visayas under Signal No. 1 for #BisingPH

PCG orders suspension of sea travels due to #BisingPH

Read Next
Palma: Let’s leave a legacy for 500 YOC