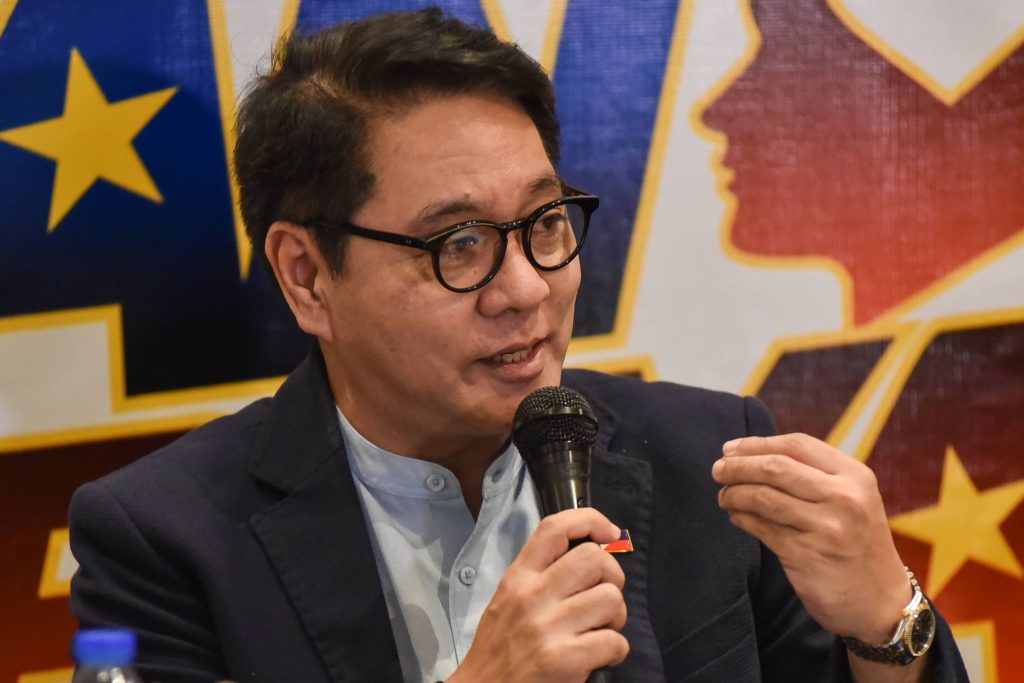 Sports patron and Chooks-to-Go owner, Ronald Mascariñas, has put up a P500,000 purse for the winner of tonight’s winner of the do-or-die game between the Talisay Aquastars and the KCS Computer Specialists of Mandaue City as they battle for the title of champion of the Visayas leg of the Chooks-to-Go Pilipinas Super Cup tournament. | Contributed photo

For the past month, Mascariñas has been very vocal with his support of the VisMin Cup which serves as the first pro league outside Metro Manila. As a Mindanaoan himself, Mascariñas believes that talented players in the Visayas and Mindano area should be given the same spotlight with those in the mainstream basketball scene.

Also, Mascariñas has been appealing to the Games and Amusements Board (GAB) to reconsider their decision of suspending the Mindanao Leg that is supposed to kick off on May 20 in Dipolog City.

“Despite the controversy the league faced in its early stages, Pilipinas VisMin Super Cup was able to redeem itself by enforcing stricter rules to combat illegal activities while raising the quality of the games. The players, especially those from MJAS-Talisay and KCS-Mandaue, also played inspired basketball for one whole month inside a bubble just to entertain and inspire us,” said Mascariñas.

“Their sacrifices should be rewarded. That is why we added an extra spice for the finalists,” he said.

The runner-up team will not go home empty-handed as it will take home P100,000.

Mascariñas assured that this will be on top of the sponsorship it had given the league for the professional league’s inaugural conference.

KCS-Mandaue handed MJAS-Talisay its first loss of the tournament last Friday, taking Game One with a 67-66 squeaker.

The Aquastars were able to send the series to a winner-take-all tilt a day later with a 63-56 victory.