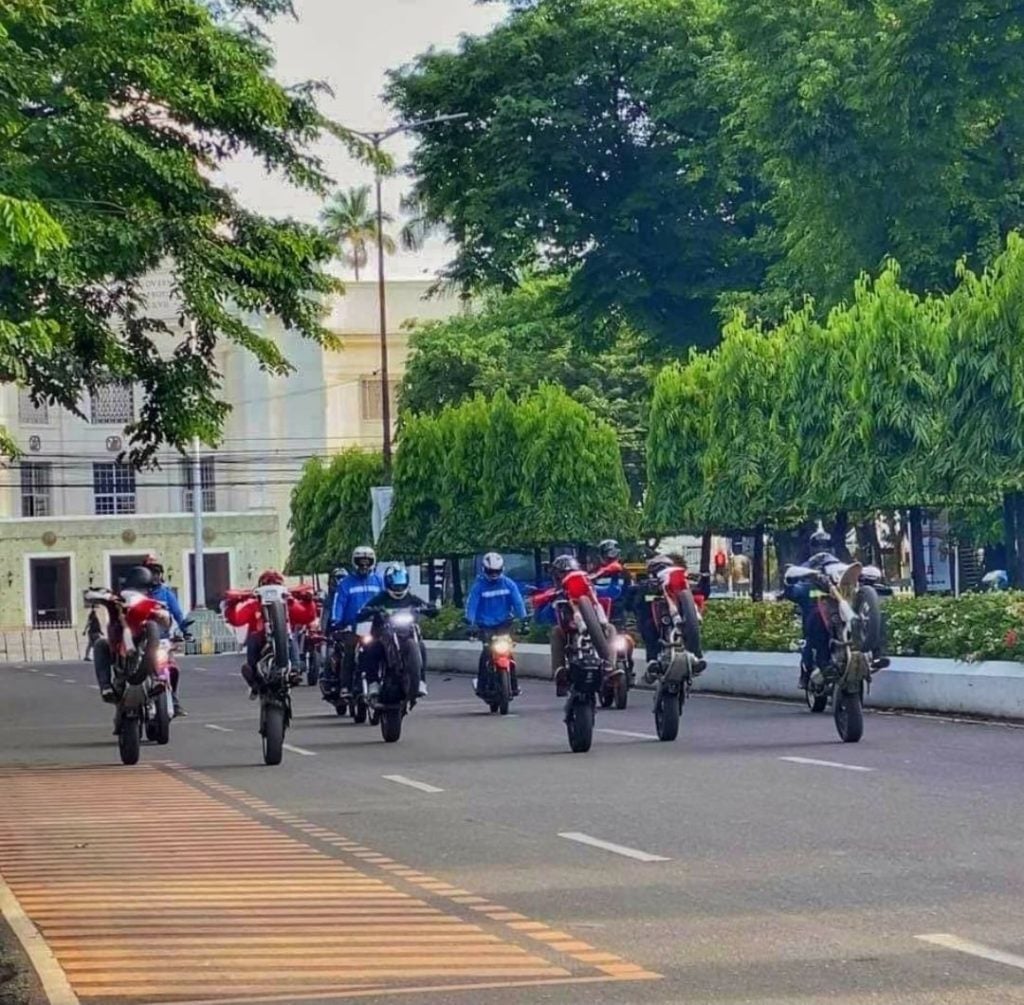 The five stunt riders will now partner with the Land Transportation Office (LTO) in teaching riders the safe and defensive way to drive.  | Photos from CCTO #CDNDigital

CEBU CITY, Philippines — The five stunt drivers who were earlier issued Temporary Operators Permits (TOPs) and whose driver’s licenses were confiscated, will now partner with the Land Transportation Office (LTO-7) to teach drivers the safe and proper way of driving.

LTO-7 regional director Victor Caindec said that they have agreed with the riders that the latter will their partner in educating other drivers about defensive driving.

He added that the five have special driving skills and it would be better if they can share their abilities with other drivers. He said that they will be meeting again to plan their partnership.

Since the LTO needs partners to teach proper driving, Caindec said that the five agreed to share their skills with those who lack them.

LTO ambassadress Rica Cabarubias, popularly known as Jet Lee, said that she reached out to the concerned riders after watching the viral video of them doing stunts.

She clarified that she was not involved as most people thought. As a rider herself, and also one who was once called for the same reason, she reminds the public to be aware of the consequences of their actions.

Caindec added that what the five riders did was not a crime but since it was performed on a public road, their action can compromise the safety of the public.

“Unsay impact sa ubang tawo nga nagtan-aw, di ta ganahan nga mugawas ang mensahe nga sakto to. Wa sad ta nag ingon nga di to nila buhaton sa sakto nga lugar because that is their passion. So mao ni giingon ba nga it’s not a crime to do what they did, except that they did it in a public road and it compromised others ug klaro na nila nga consequence ug mao na nga na issuehan na sila og TOPs,” he added.   /rcg