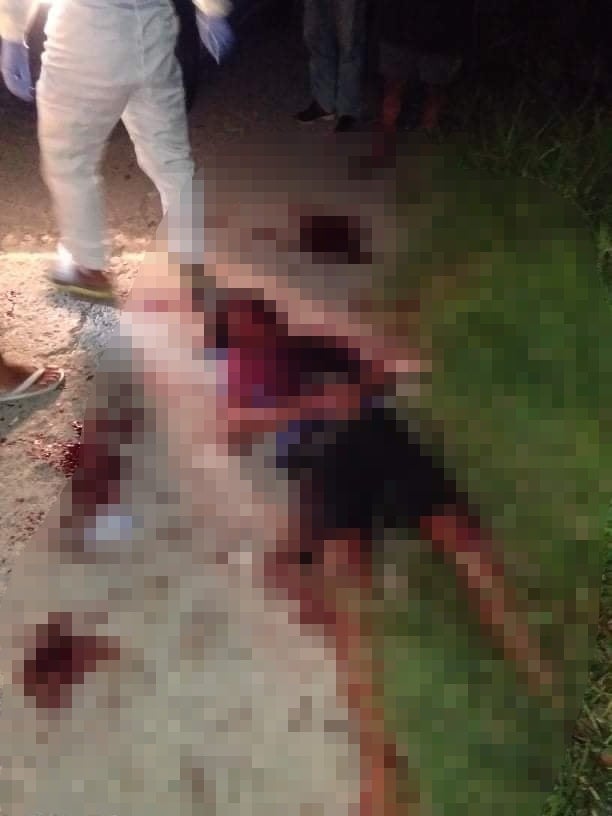 The 14-year-old shooting victim was still conscious when emergency responders and Danao police arrived in Barangay Taytay, Danao City, past 11 p.m. on Saturday, May 29. | Photo from Danao PS

CEBU CITY, Philippines — The 14-year-old boy, who was gunned down in Danao City, was believed to have been killed over a girl.

Police Colonel Engelbert Soriano, Cebu Police Provincial Office (CPPO) chief, said that one of the suspects, Jodeil Enoy, 20,  and the victim were rivals for the affection of a girl.

“Nagkainggitan daw sila tungkol sa babae,” said Soriano about what Enoy allegedly told police when he was asked why he killed the boy.

(They were at odds over a girl.)

Police Lieutenant Colonel Maria Theresa Macatangay, Danao City Police Station chief, said that suspect was angry at the victim, because he was the one who got the attention of the girl.

Enoy was arrested at 3 p.m. today, May 30, in Barangay Poblacion, Danao City during a manhunt operation conducted by the Danao City police. No gun was found in his possession when he was arrested.

Two of his cohorts were also still at large.

Colonel Soriano said that with this, they were looking at personal grudge as the motive in the killing of the boy.

Initial investigation showed that at past 11 p.m. last Saturday, May 29, the victim, together with his 16-year-old neighbor were on their way home to Barangay Suba from a computer shop in Barangay Taytay and were riding on a motorcycle-for-hire or habal-habal.

Lieutenant Colonel Macatangay said that the suspect Enoy was also there at the computer shop and tailed the victim as he left the shop.

Police Corporal Mark Anthony Manulat, the duty investigator of the Danao Police Station, said that the victim’s neighbor told them that while they were in the victinity of Sitio San Pedro, Barangay Taytay, they noticed the suspect with two other companions tailing them on another motorcycle.

And a while later the suspect’s group overtook their motorcycle. It was then that the suspect, who was then holding a gun, shot the victim in the head.

Manulat said the shot startled their habal-habal driver, causing them to crash on the road.

He said that they received the call about a shooting in the area at 11:45 p.m. that day and when police and emergency responders arrived in the area, the victim was still conscious and was rushed to the hospital for treatment.

He was later transferred to the Vicente Sotto Memorial Medical Center, but at past 11 a.m. on May 30, the victim passed away due to his wound.

Read Next
Cabbage farmers in Cebu brace for the rainy season