24 areas in Cebu remain under Signal No. 1 as Dante heads to E. Samar 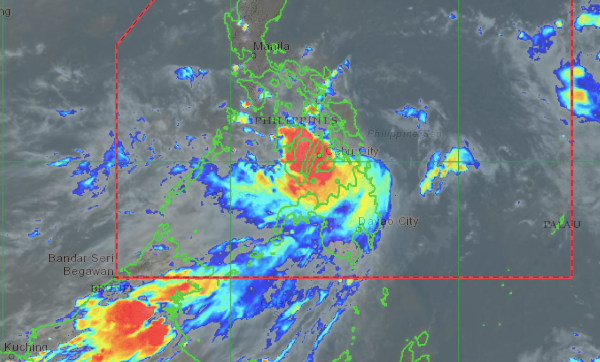 On top of this, the Pagasa also issued General Flood Advisory for Central Visayas, cautioning individuals situated near rivers and tributaries to be on alert as flooding is likely.

In Cebu, those particularly near the river systems of Kotkot, Mananga, Guinabasan, Balamban, and Sabangdaku.

“People living near the mountain slopes and in the low-lying areas of the above-mentioned river systems and the local disaster risk reduction and management councils concerned are still advised to take necessary precautionary measures,” they added.

It has slightly weakened with wind speeds of 65 km per hour (kph), and gustiness reaching up to 80 kph while moving in a north-northwestward direction at a speed of 25 kph.

Dante is expected to make landfall over Eastern Samar between tonight and early Wednesday morning, June 2.

Below is the complete list of areas covered under TCWS.

Close to 300 passengers stranded in Cebu due to #DantePH