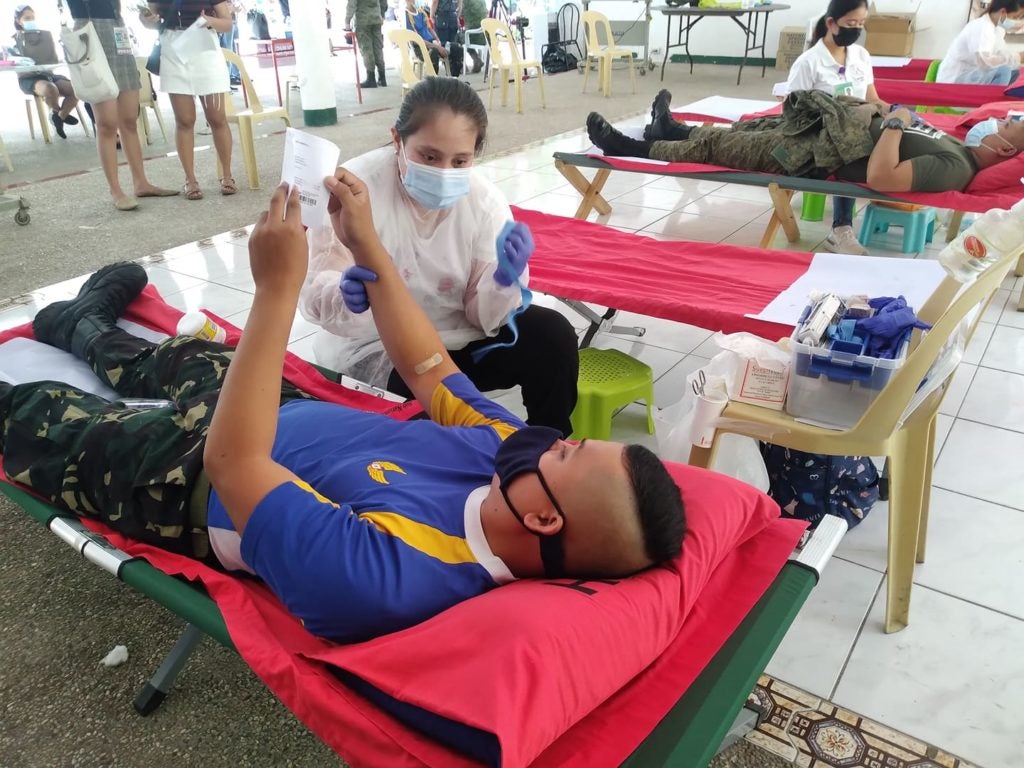 Cebu City, Philippines—At least 40 individuals, including soldiers, have donated blood at the headquarters of the Central Command, Armed Forces of the Philippines at Camp Lapulapu, Barangay Lahug here on Tuesday, June 15, 2021.

Capt. Joe Patrick Martinez, group commander of the 3rd Civil Relations Group- Civil Relations Service AFP, said that the number of individuals who have already been processed as of Tuesday morning by the Department of Health (DOH) in their blood donation drive could increase within the day.

(So far, the DOH has processed a lot since we started this morning. We have processed more or less 40 and still counting. This will go on throughout the day.)

“CENTCOM emphasizes its role not just in securing and providing safety for the people in the Visayas, but also in helping others who need blood. Through our small way, we could protect others and help save lives,” the post reads.

Martinez said the blood donation drive is not just for the soldiers but is open to all.

“We open this activity not just to refocus our efforts in security but with this pandemic season, we really need this,” he added.

According to Martinez, soldiers are more than  willing to donate their blood since they are at the front lines and clearly see the situations in the communities.

However, Martinez stressed that such communities are in need of blood support not just from them but also from other benevolent organizations or individuals who are able to donate their blood.

For his part, Jun Carillo, regional governor of Central Visayas region of the Fraternal Order of Eagles- Philippine Eagles, said the activity is their first socio-civic activity held in line with the Philippine Eagles Week celebration.