The actress posted in her Instagram story on Wednesday, June 30, a boomerang of what looks like the lower side of her body showing her ring hand.

She was wearing a white wedding gown in the mini clip and captioned it, “Fitting.” 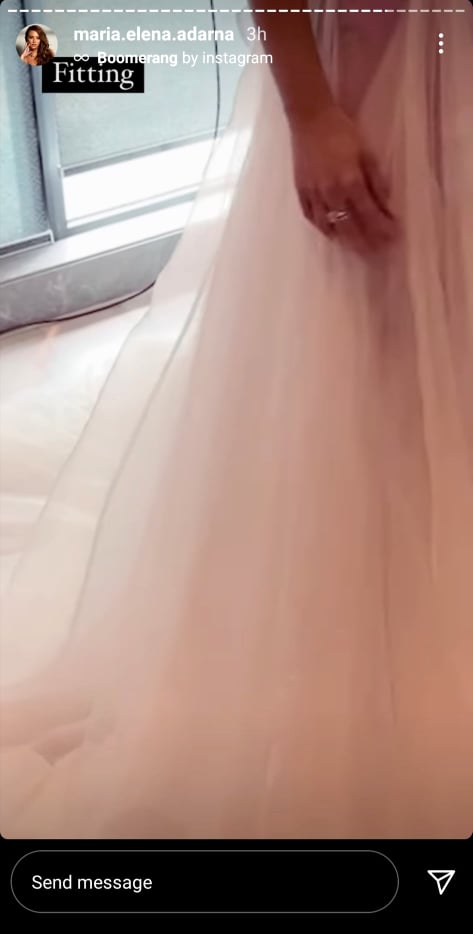 The actress is engaged to actor Derek Ramsay last March 2021.

In previous reports from the INQUIRER.net, the couple said they plan to get married within the year.

The couple confirmed their relationship on Feb. 26, after weeks of speculation.

They were set up on a blind date and Ramsay said he believes Adarna is “the one.”

The Zen baby of Ellen Adarna

Derek to Ellen after she accepted marriage proposal: ‘When I touch you, I embrace love’