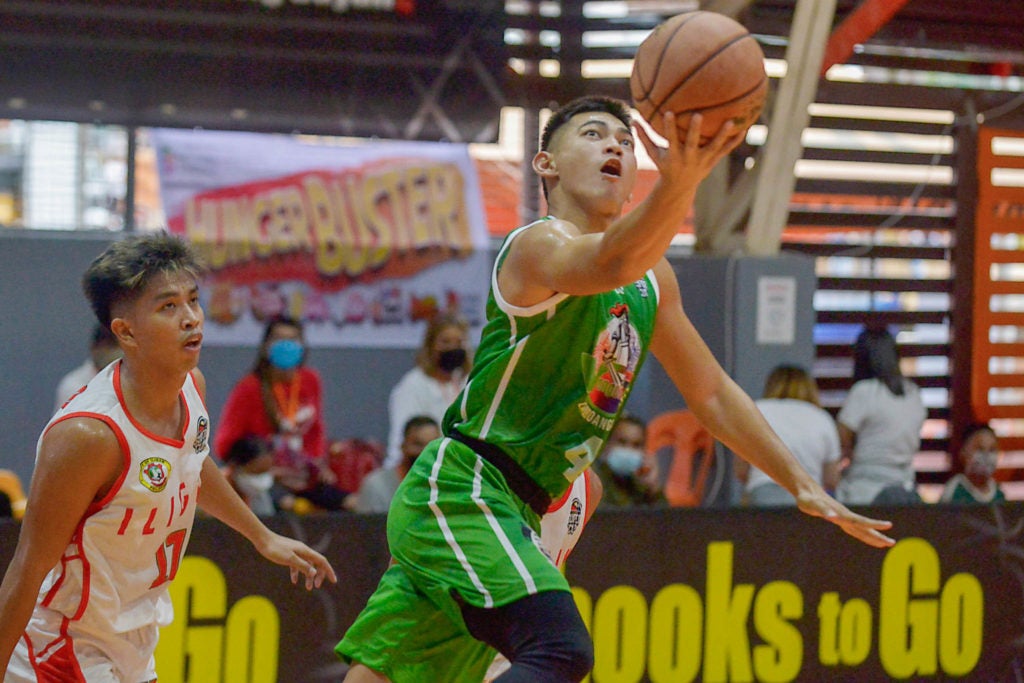 John Jordan Sta. Ana of Roxas escapes a defender from Iligan City in a game of the Mindanao leg of the VisMin Super Cup on Monday, July 19, 2021. | Photo from VisMin Super Cup Media Bureau.

The Vanguards, fresh from a squeaker over the JPS Zamboanga City on Sunday, July 19, improved to 2-2 (win-loss) in the standings.

Lee Yu was once again at the forefront of Iligan’s attack with 21 points, four assists, and three rebounds.

The Archangels, though, have yet to score a win in the tournament, slipping to 0-4.

Read Next
Labella extends his medical leave for another week

67 COVID-19 deaths in Cebu City for September so far