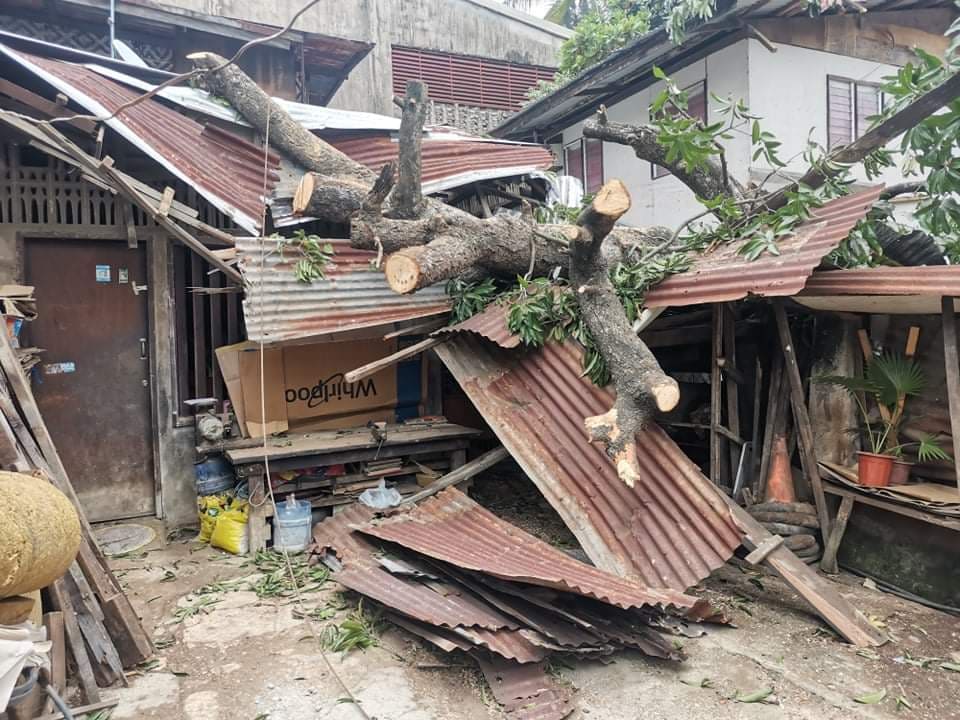 A centuries-old mango tree that was uprooted by strong winds damaged 2 houses and injured a woman in Mandaue City. | Contributed photo

MANDAUE CITY, Philippines — Two houses were partially damaged while a resident in Gothong Road in Barangay Subangdaku, Mandaue City sustained a scratch on her arm after a centuries-old mango tree was uprooted because of strong winds at around 6 p.m on Thursday, July 22, 2021.

The barangay and the City’s Disaster Risk Reduction Management Office immediately responded to the report and have already cut the tree’s branches. The tree will be pulled out today.

Janneth Velasquez Bacalso who sustained a scratch on her arm said she was just glad that the tree fell gradually.

Manatad said they are conducting surveys around the city to look for trees that may pose a danger to individuals and houses.

Residents can also report to the Barangay if there are trees that need to be cut down.

Manatad said there’s no need to get a permit and permission from the Department of Environment and Natural Resources when cutting a tree that poses danger.   /rcg