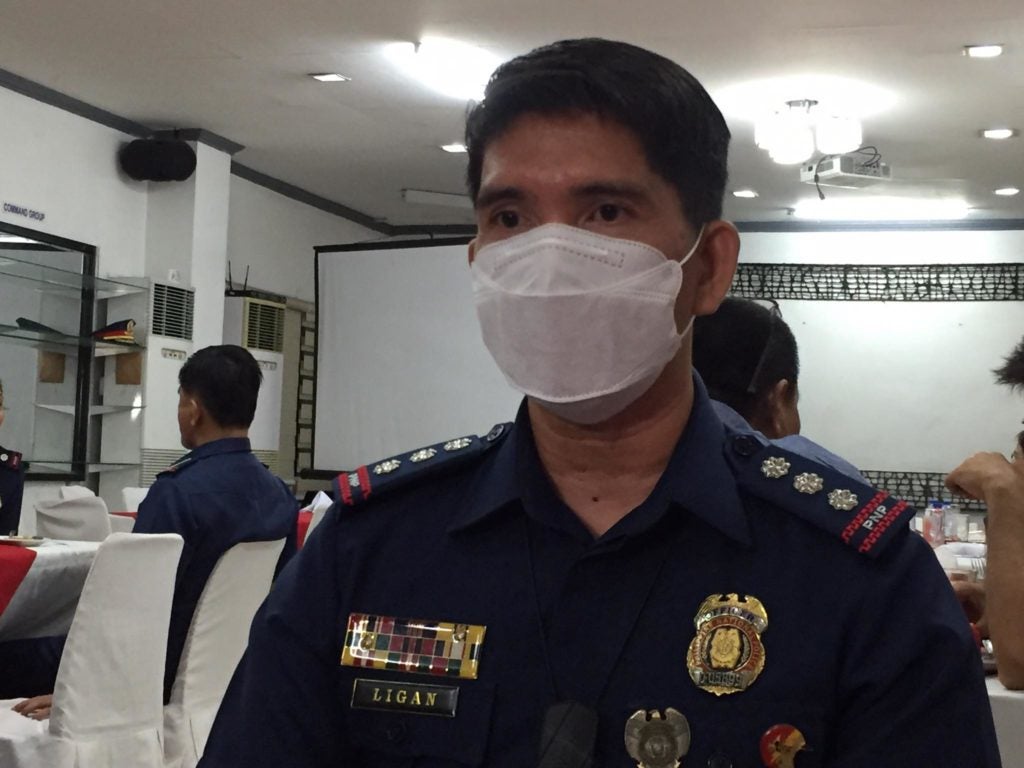 Police Colonel Josefino Ligan, CCPO director, reminds the public to strictly adhere to the city’s health protocols as they will also be stern in their implementation.

Police Colonel Josefino Ligan, Cebu City Police Office (CCPO) chief, said that the checkpoints would be a way for the policemen to strictly enforce health protocols and the city’s curfew from 10 p.m. to 4 a.m.

Ligan said that they would be anticipating a possible queue of vehicles because they would individually check each passing public and private vehicle.

He said that aside from policemen, representatives from the city’s Prevention, Restoration, Order, Beautification, and Enhancement (PROBE) would also help man the checkpoints.

(Tonight, we will start to implement the strict monitoring of our streets especially in enforcing the curfew because we know that the Delta variant is already in Cebu.)

(Tonight, PROBE personnel will accompany us, and we will bring a bus. Whoever will be the violators, whom we arrested, we will place them in the bus and transport them to the holding area. That is our operational concept this evening. So policemen will be on the streets starting at 10 p.m.)

Ligan also said that once they turn over the violators to the PROBE, then it would be up to the latter on what penaty or sanction to impose on these violators.

He also said that they assumed that the public already prepared the necessary documents such as their Certificate of Employment.

Apart from the checkpoint operations, they will also continue to conduct their Oplan Bulabog to ensure that the liquor ban is properly observed.

(We will individually check them, in short, it will take time. If you can experience traffic, please bear with this since we are strict about it. Expect that we will implement this even late at night.)

Ligan also said that for those working at night, they need to produce a copy of their Certificate of Employment stating their work shift since the police will check on it.

He said if they had family members who would fetch them to and from work, then they should also spare them a copy of it as well.

(If you don’t have important reasons to go outside, do not attempt it. For those who want to chill out every night, postpone it first since it is very dangerous to go outside because of the presence of the Delta variant.)