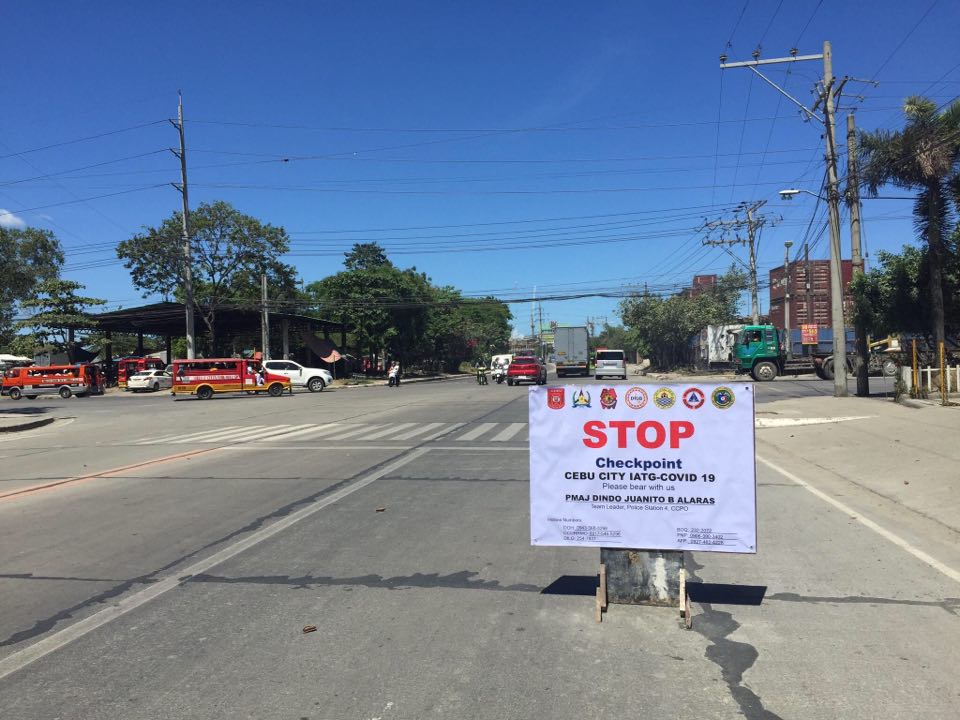 This is one of the border control points in Cebu during the last modified enhanced community quarantine. | CDN file photo

“As of now, we are preparing our border or quarantine control points. So far adtong gi-identify lima ka area (we identified five areas),” Parilla said.

In the north areas, border control points are located in barangays Talamban and Banilad, and in North Reclamation Area (NRA).

In the south areas, Parilla said that they would be putting border control points in Il Corso in Cebu South Coastal Road and in Barangay Bulacao.

Parilla said that they will only ensure strict implementation of health protocols pending further directives from the city government and the Inter-Agency Task Force Against COVID-19.

Parilla clarified that checking of quarantine passes upon entry of these border controls was not included in their operations yet.

Rather, he added that they would only make sure that the implementation of health protocols of these areas was observed.

(So far, the instruction that we received is not the same as the last time that we need to check for quarantine passes. So far, we will only implement health protocols for now. But we are still waiting for further instructions from the LGU or the IATF. )

However, Parilla clarified that those, who would be traveling for work beyond the newly implemented curfew hours, 10 p.m. to 4 a.m., must secure a copy of their Certificate of Employment, to prove their eligibility at work.

Last night, CCPO pollicemen and 11 Cebu City police stations conducted simultaneous monitoring of their respective areas of jurisdiction ensuring that no one was outside unless for emergency purposes.

They also warned those establishments and stores that are still operating beyond 10 p.m.

Additional instructions will be released based on the directives that will be given to them by the respective local government units and the IATF.

As of this posting,  there are no final figures yet as to how many policemen will be deployed at midnight.

Soriano said that every municipality or city in the province must have its respective quarantine control points located in their designated borders.

For instance, the Talisay Police Station is set to establish its quarantine control points in Barangays Bulacao and San Roque.

MECQ: What to expect