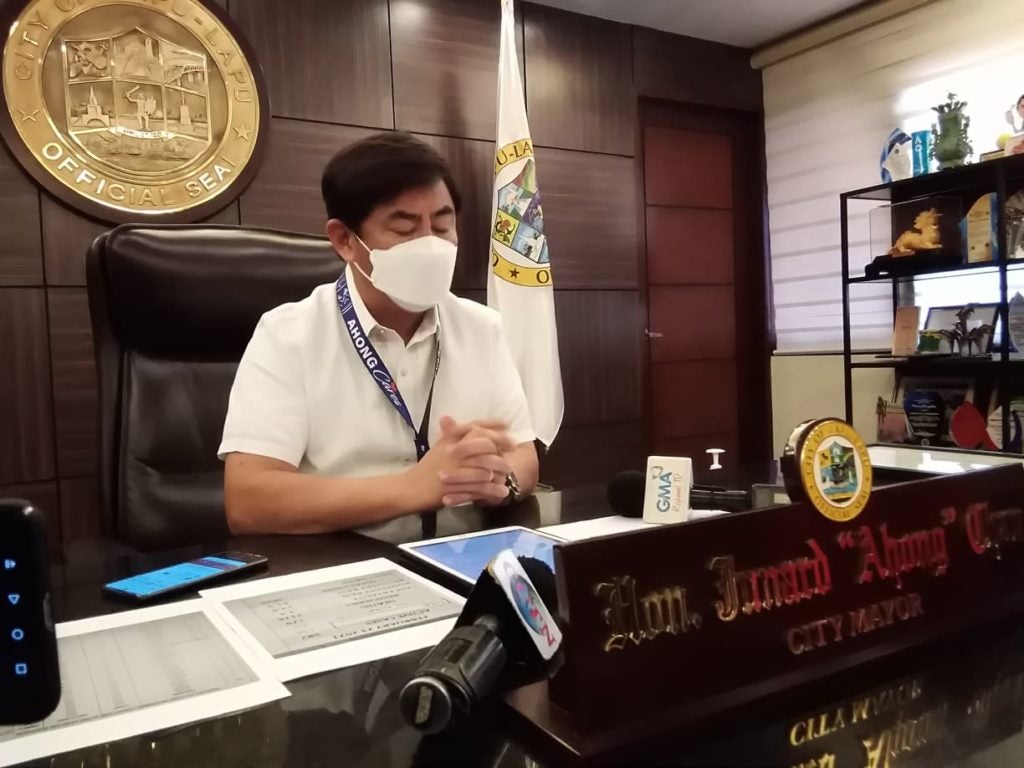 Lapu-Lapu City Mayor Junard “Ahong” Chan says walk ins will only be allowed at vaccination sites if scheduled individual for vaccination will not show up. | Futch Anthony Inso #CDNDigital

LAPU-LAPU CITY, Philippines — Walk-ins will no longer be accommodated at the vaccination sites in Lapu-Lapu City, unless an invidual will fail to be present during his scheduled vaccination.

This was confirmed by Lapu-Lapu City Mayor Junard “Ahong” Chan after their online system for vaccination schedule is already functional.

(This is okay. There are no more problems. We have allocated numbers for this.)

Chan said that although their online system for vaccination schedule was already functioning, there would also be tendencies where an individual would not show-up on his schedule for vaccination.

When this would happen, Chan said that they would allow walk-ins that would serve as a substitution for the individual who failed to show up for his scheduled vaccination.

“Naa man guy sometimes nga atong gi-inform unya mo no-show ba. So mao na nga that’s the time that we can get a walk-in,” he added.

(Sometimes, the scheduled individual, whom we have already informed, will not show up. So that is the time that we can get a walk-in.)

He said that this was to avoid the vaccine from getting spoiled and to prevent a setback on their vaccination rollout.