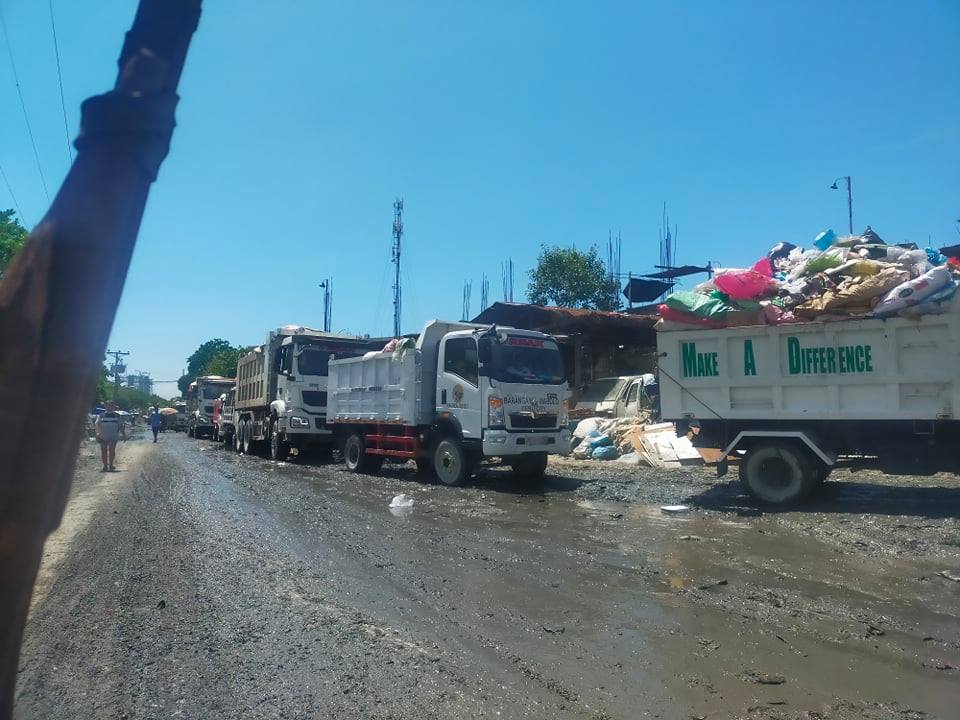 CEBU CITY, Philippines — The Cebu City Council wrapped up its investigation of the garbage collection and expenses dilemma of the city government, which started when the Department of Public Services (DPS) sought a supplemental budget of P100 million.

The City Council has decided to submit the results of their hearings to the National Bureau of Investigation (NBI) and Office of the Ombudsman in the Visayas as they found reasons to believe that alleged plunder may have been committed in the payment to garbage contractor, DOCAST.

It can be remembered that the council members did not grant the request of DPS and left it out of Supplemental Budget No. 1 (SB1), which was passed on July 28, 2021.

Instead, they conducted a full-on hearing for the city’s garbage expenses in the past weeks, which resulted to the council being apprised of the unique situation of the Inayawan transfer station and the stipulation of the contract between DOCAST and the city government.

The Department of Public Services (DPS) said in the sessions that the reason why the budget of P400 million for 2021 was nearly depleted was that the current garbage contractor had to clean up the remaining unhauled garbage by the previous contractor.

Minority floor leader, Councilor Nestor Archival, was not convinced and asked the ARN Central Waste Management, the operators of the Binaliw Landfill to apprise the city government on the actual tonnage of garbage dumped in their landfill for the year.

In a special session on August 19, 2021, ARN presented the figures of the garbage they collected from January 1 to May 31, 2021, and they revealed that they received a total of 72,747 tons from DOCAST, the DPS, and the barangays.

The ARN was not able to provide data for the garbage dumped from June to July 2021. During those months, ARN and DOCAST had contractual issues prompting the later to dump at the Consolacion Landfill since then.

Only the city government and barangays were dumping at ARN for June to July 2021.

Councilor Nestor Archival questioned why the city had paid P250 million to DOCAST for 2021 when in fact for the months of January to May 2021, the city should have only paid P130 million to them based on the amount of garbage received by ARN.

Archival derives the P130 million from the price of P1,800 per ton that DOCAST has charged the city for their hauling and dumping services.

(But we should not be paying those that were collected by DPS and the barangays because we were the ones who collected them and not DOCAST.

Either way, the City Council believed that the amount already paid to DOCAST had been too much and must be investigated.

Councilor Joel Garganera, chairperson for the environment, said that it should be better that this case be forwarded to an independent investigating body as he believed that the City Council could no longer handle the case.

(NBI, I called them, you already have seen papers, newspapers, radios, discussing this very issue, please investigate this. This is really plunder … allegedly. The figures presented were very simple. That is what it is.)

The City Council has requested in a resolution for a joint investigation by the NBI and the Ombudsman for alleged plunder or for misuse of funds for the garbage collection and expenses.

Laywer John Jigo Dacua, DPS head, said they would cooperate with any investigation to be conducted.

“For now, we will just wait for the formal investigation. We respect the decision of the City Council. Rest assured we will fully cooperate in the investigation process,” said Dacua.

CDN Digital has tried to reach out to DOCAST, but no response has been given at the time of writing.