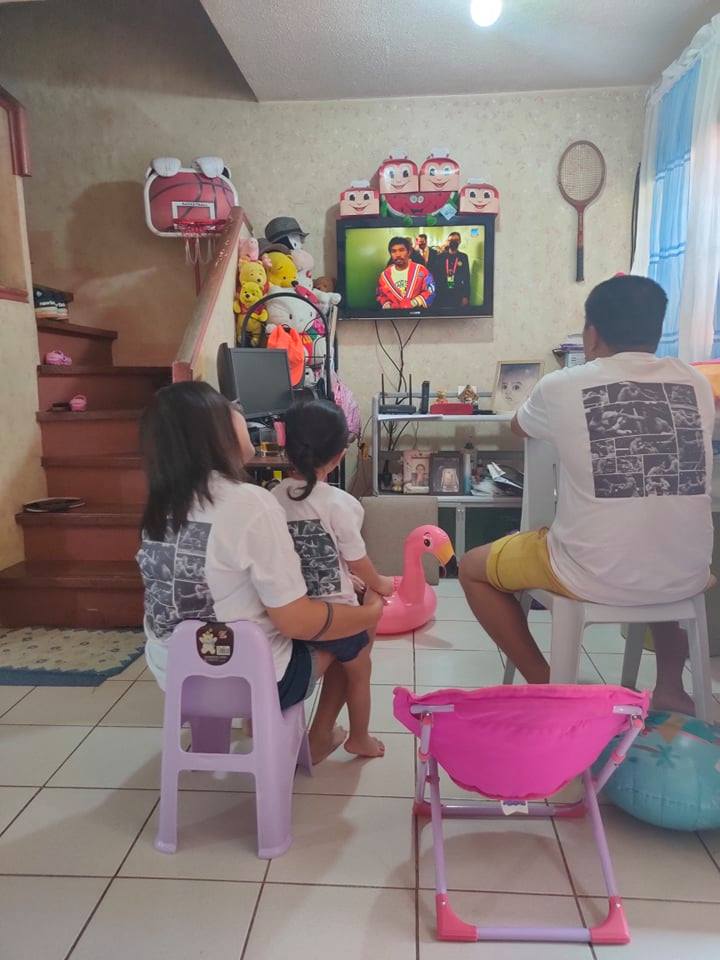 CEBU CITY, Philippines –The Pacquiao-Ugas fight that happened today, August 22, provided temporary relief to people, who have been under quarantine as they stayed in their homes and spent their time with their families.

However, as to how the fight between Manny Pacquiao and Yordenis Ugas has ended, netizens have different reactions to it. Some netizens, who have watched the game, were satisfied with how the game went through and some did not.

On the matter of whether Pacquiao would need to resign from boxing, some said yes over his age which was already 42 and some said no provided that both had performed nearly equal earlier.

(He should just retire because he is now old. He is at a disadvantage in this fight because his opponent is taller than him. His fight plan was okay. His punches just could not hit the opponent.)

(In relation to boxing, he should not retire yet. His performance earlier may not have been satisfactory to others, but I’d blame it mostly on the length of time that he had no match.)

Pacquiao has been off the ring for about two years already.

With the Pacquiao-Ugas fight today,  people were able to take a break from their worries and feeling of discomfort caused by the quarantine. Most importantly, watching the fight was a family bonding like it always has been with a Pacquiao fight.

Here are some photos that were taken during the Pacquiao-Ugas fight. 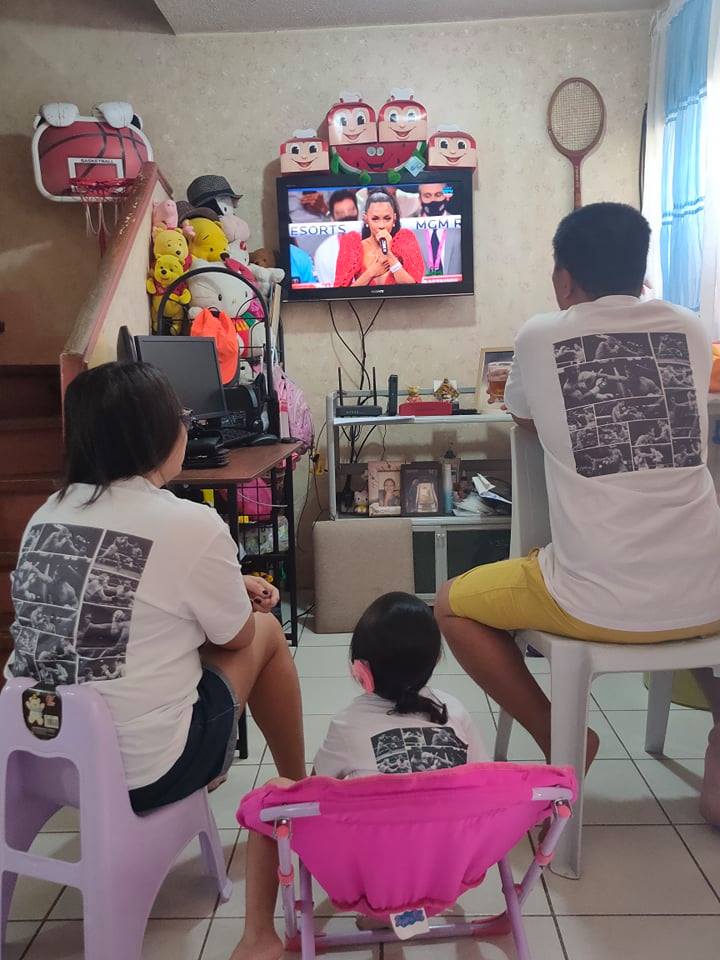 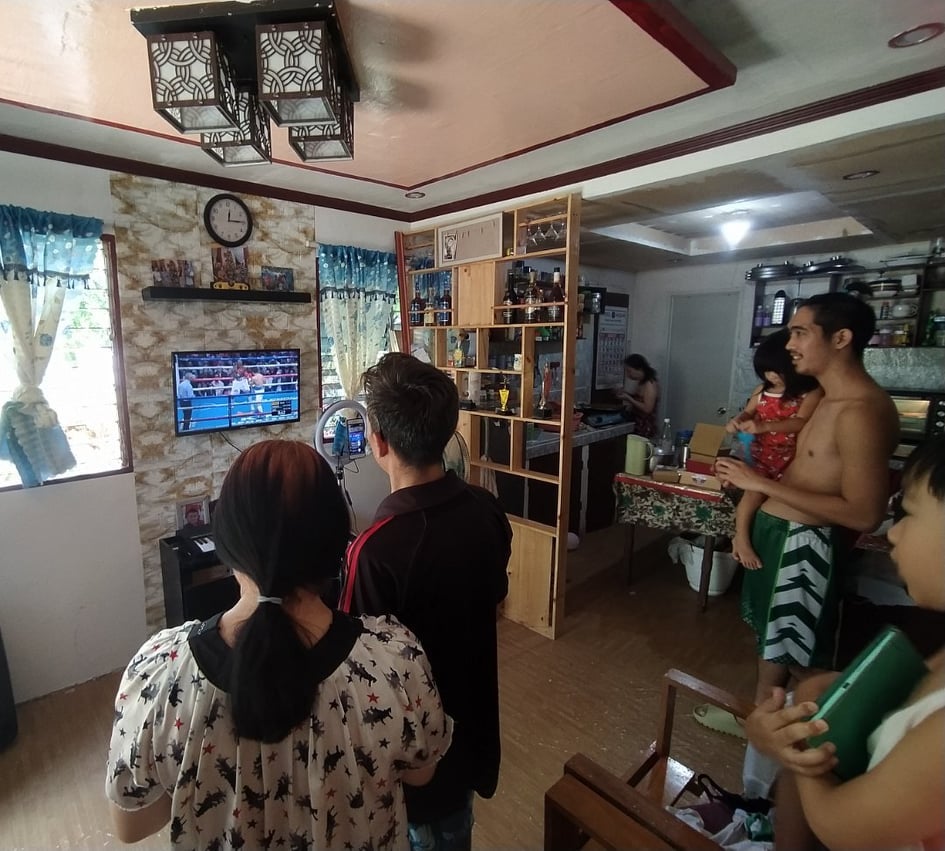 A family from Carcar City made their Sunday bonding more intense as they watch the Pacquiao-Ugas fight today, August 22. | contributed photo 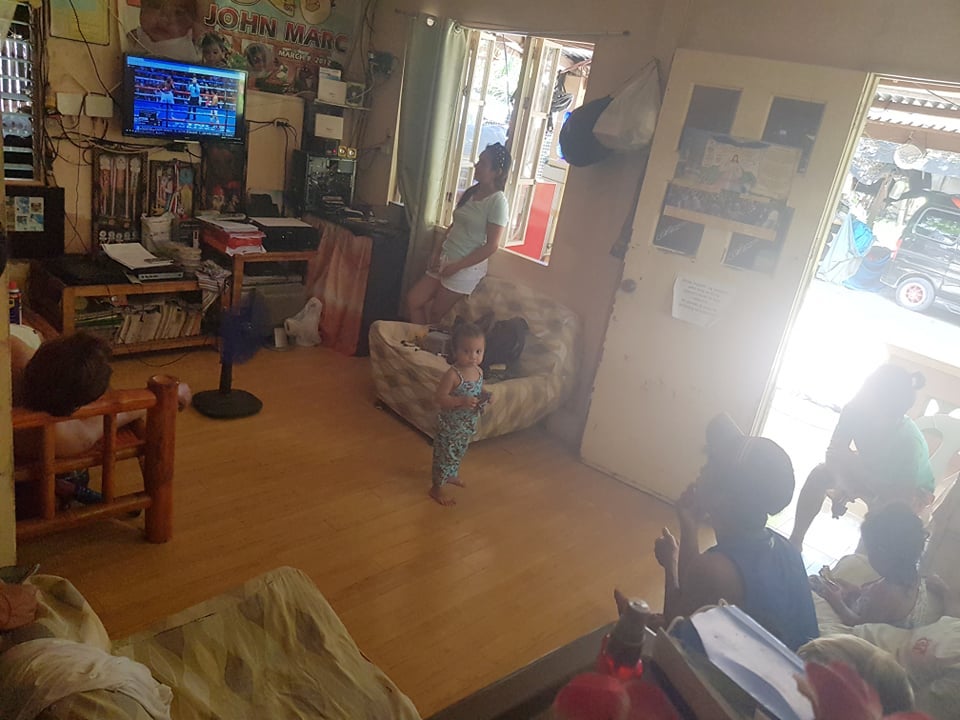 Another family from Carcar City enjoys watching the Pacquiao-Ugas fight this Sunday, August 22, in their home giving them a time to bond and a diversion staying at home with the city still being under modified enhanced community quarantine. | Contributed photo