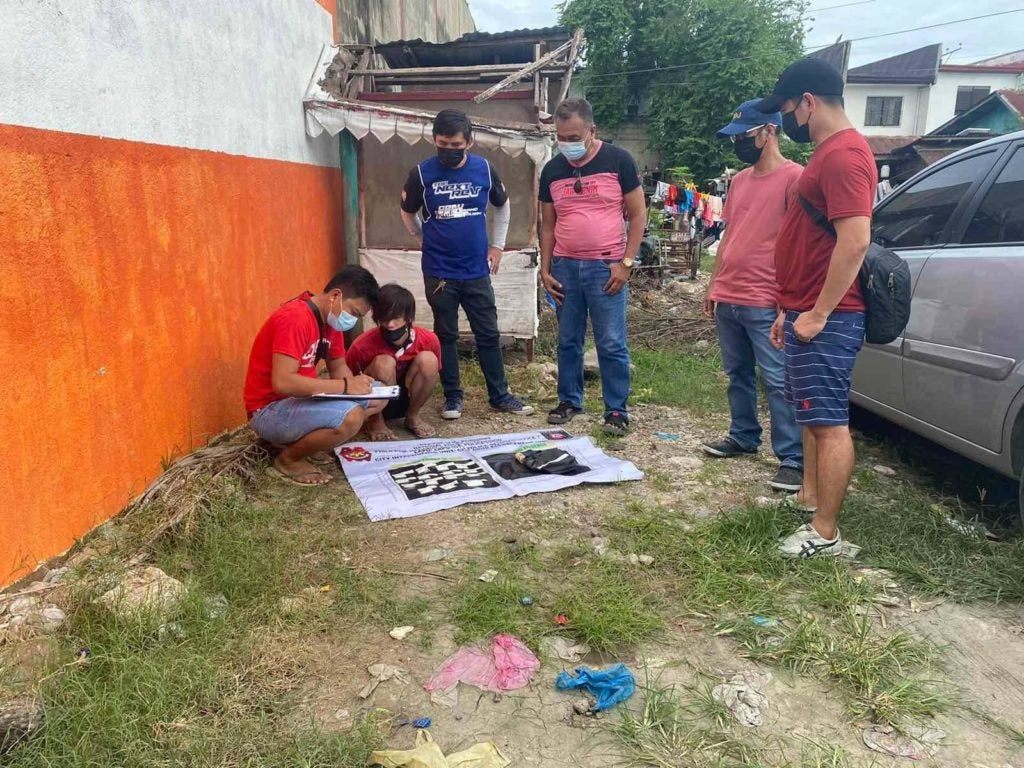 A 28-year-old man from Cebu City is arrested in Barangay Buaya, Lapu-Lapu City, on Saturday afternoon, September 11, after police conducted a buy-bust operation against him there. | Photo courtesy of LCPO-DEU

CEBU CITY, Philippines — Intensified drug operations and more police visibility have made it more difficult for drug peddlers to operate in the city.

Police Lieutenant Noah Añana, deputy chief of the Lapu-Lapu City Police Office Drug Enforcement Unit (LCPO DEU), said this after they arrested a Cebu City resident in a buy-bust operation in Barangay Buaya, of this city on September 11.

He said that the confiscated drugs had a market value of P680,000.

He also said that drug peddlers from neighboring Cebu City would want to sell their illegal drugs in another city because they could fetch a higher price for the drugs.

Usually, Añana said that a sachet of ‘shabu’ would cost around P200 in Cebu City, but if a buyer would want to have it delivered from Cebu City to Lapu-Lapu City, then rate would be around P300 to P400.

Añana described Solon as a high-value individual in the illegal drug trade and he could dispose around 100 to 200 grams of shabu in a week in the cities of Cebu, Mandaue and Lapu-Lapu.

He also said that Solon also allegedly mentioned a contact inside the Cebu City Jail, who would help him get his supply of illegal drugs.

Aside from the police visibility and intensified drug operations, Añana also cited the community’s help in the arrest of drug suspects especially since they conducted the operation against Solon after they received reports from the community about the drug peddler’s operation here.

Solon was detained at the LCPO detention cell pending the filing of charges.

Housemaid nabbed with P170K worth of of ‘shabu’ in Tagbilaran City, Bohol

Read Next
Runners urged: Join ‘Cebu Pink Ultramarathon’, run for a cause