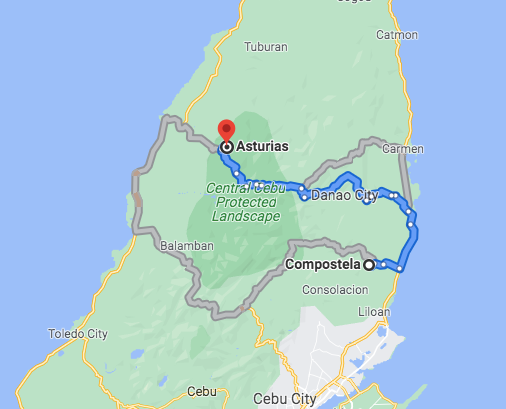 CEBU CITY, Philippines — Compostela police are hoping that the investigation in the killing of Kaluangan barangay captain of Asturias town western Cebu will be moving and the killer eventually will be identified and arrested.

Police Lieutenant Samuel Negro, chief of Compostela Police Station said this as they expected the person of interest (POI) to visit the police station today and three other witnesses on Thursday, Sept. 23, to give their statements.

Negro said that they went to Asturias on Sunday, Sept. 19, to gather more data and evidence in the killing of Jionri Aligato, barangay captain of Kaluangan in Asturias town.

He said that the statements of the three witnesses and the POI would be vital to incorporate with the evidence they gathered in the ambush of Barangay Captain Aligato, 40, and his cousin, village watchman Emedio Aligato, 48, last Thursday afternoon, Sept. 16 in Purok Kadore, Barangay Tag-be in Compostela town.

Aside from that, Negro also said that he had sent a policeman to the hospital to get the statement of the wounded Emedio today.

Negro said that the POI assured us that he would visit the police station today, Sept. 20, and give his statement.

He said that the POI was identified after he turned out to be the owner of the abandoned motorcycle that was found near the crime scene.

He also cited some individuals claiming that the POI drove the motorcycle prior to the ambush of Barangay Captain Jionri Aligato, and his cousin Emedio.

Negro also said that the POI was allegedly seen adjacent to the crime scene somewhat waiting for someone to pass by at that time.

However, he said they were still verifying these claims.

Last Sept. 16, Emedio was tailing Jionri on another motorcycle heading home from Cebu City when a lone gunman laying in wait in a mountain barangay in Compostela ambushed them.

Emedio survived with a gunshot wound in the stomach while Jionri died in the attack.

Negro again admitted that they were still in the process of verifying all their gathered evidence hoping that they would find strong leads that could help them identify the suspect.

(Now, we still don’t have leads. It is still dark but we are nearer to our goal.)

Negro also said that some relatives of the victims claimed that Jionri had received numerous death threats allegedly from the POI.

The relatives allegedly cited Jionri’s support in the government campaign against illegal drugs as allegedly the reason for the threats.

Negro also said that they were also verifying these claims of the victims’ relatives.

Jionri’s wake is now held at his residence and set to be buried on Wednesday, September 22.