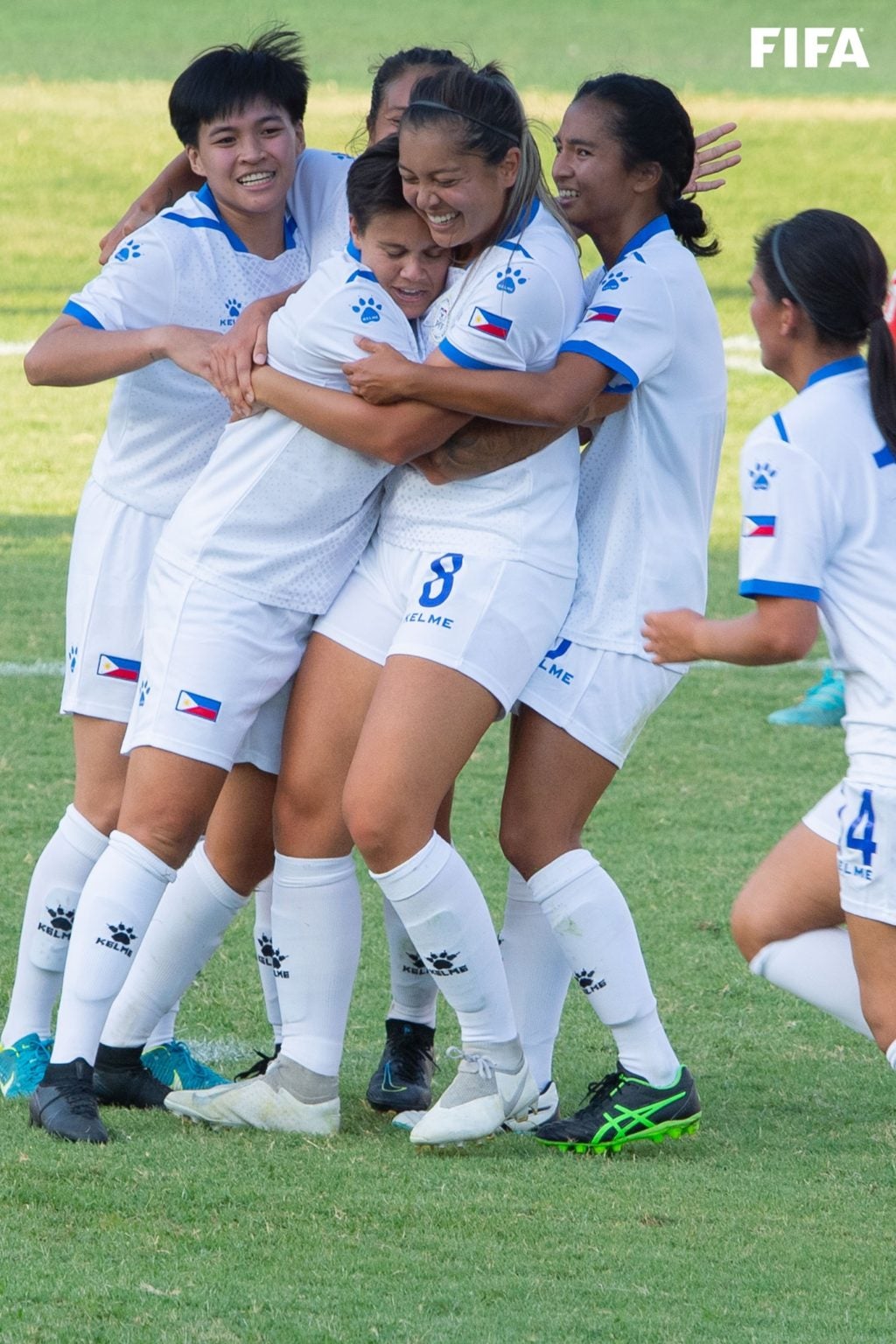 The Philippine Malditas celebrate after scoring a goal during their match versus Nepal in the ongoing AFC Asian Cup Qualifiers in Tashkent, Uzbekistan. | Photo from FIFA

The match was supposedly aired live in the country but was canceled in the last minute due to technical problems in Tashkent.

Despite the setback, the Malditas did not disappoint Filipino football fans after they retaliated against the Nepalese squad late in the second half courtesy of Tahnai Annis and Camille Wilson’s 80th and 91st minute goals.

Cheli Bimala Chaudhary shocked the Malditas with an early goal at the ninth minute of the first half. Chaudhary easily got the lob from her teammate on the left wing to score a header that slipped through the hands of the Malditas’ goalkeeper Olivia Davies McDaniel and went in to the back of the net.

The Nepalese were aggressive on their offense and locked down the Malditas with their tough defense in the first half.

A more aggressive Malditas came out from the dugout in the second half by increasing their attacks even more.

At the 89th minute, Cam Rodriguez found Tahnai Annis rushing to the penalty area and perfectly passed the ball for the latter to kick it right straight to the net to give the Philippines its equalizer,1-1.

“I’m really happy to be back, it was very intense match, full of emotions. but we really showed our hearts,” said Annis during the post-match interview.

The Malditas now lead Group F with three points. Their next match is against Hong Kong on September 24.