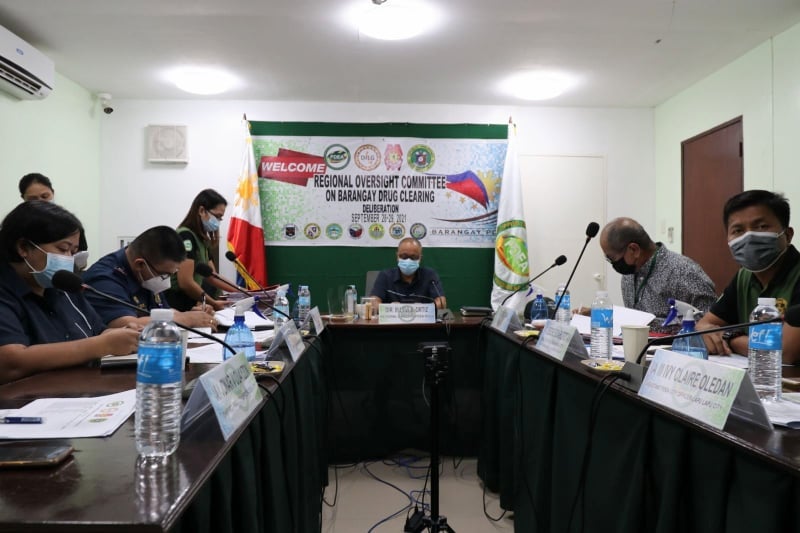 At least 33 more barangays in Central Visayas can now considered as drug-cleared while two others are drug-free. | Photo courtesy of PDEA-7

Barangays Bakilid in Mandaue City and Tungasan in Olango Island that is part of Lapu-Lapu City were among the 33 barangays in Central Visayas that were given a drug-cleared the Regional Oversight Committee on Barangay Drug Clearing (ROCBDC) on Tuesday, September 28.

The other barangays came from Negros Oriental with 16,  Siquijor – 11, and Bohol province – 6.

Also during their meeting on Tuesday, ROCBDC gave Barangays Tibyawan and Pangca in Negros Oriental a drug-free status.

Drug-cleared barangays used to be affected by the illegal drugs problem, but drug personalities in these areas already surrendered and availed of interventions and other government programs.

A drug-free status on the other hand, is given to unaffected barangays that have been vetted and confirmed by the ROCBDC.

As of September 28, ROCBDC has identified a total of 986 drug-cleared and 112 drug-free barangays barangays in Central Visayas.  The region has a total of 3,003 total barangays.

PDEA-7 Director III Levi Ortiz, who also sits as chairman of the ROCBDC, expressed his appreciation for barangays that continue to implement the Barangay Drug Clearing Program (BDCP).

Said program aims to empower the barangay in their fight against the proliferation of illegal drugs in their respective areas and help them become drug-resistant and self-policing.

Ortiz also reminded the barangays that their drug-cleared or drug-free status is not absolute.  Their status can still be reverted in the event that new drug personalities would surface or if those who availed of existing government programs would decide to go back to their old ways.

“With this milestone, we again want to correct the misconception about drug-cleared barangays. When a barangay is given the drug-cleared status, it signifies that during the barangay’s application, all identified drug personalities were accounted for and underwent intervention programs—whether enrolment to a rehabilitation or reformation program or the conduct of anti-illegal drug operations for hardened drug personalities. It also implies that an effective monitoring mechanism is in place through the BADACs,” Ortiz said.

“By no means does it signify that anti-illegal drug operations or advocacy activities will stop in these barangays. In fact, monitoring of drug personalities and demand reduction efforts will be intensified. BDCP is a continuing program, and monitoring and sustainability are critical elements in the success of BDCP,” he added.

Read Next
The men of Miss Universe Philippines 2021