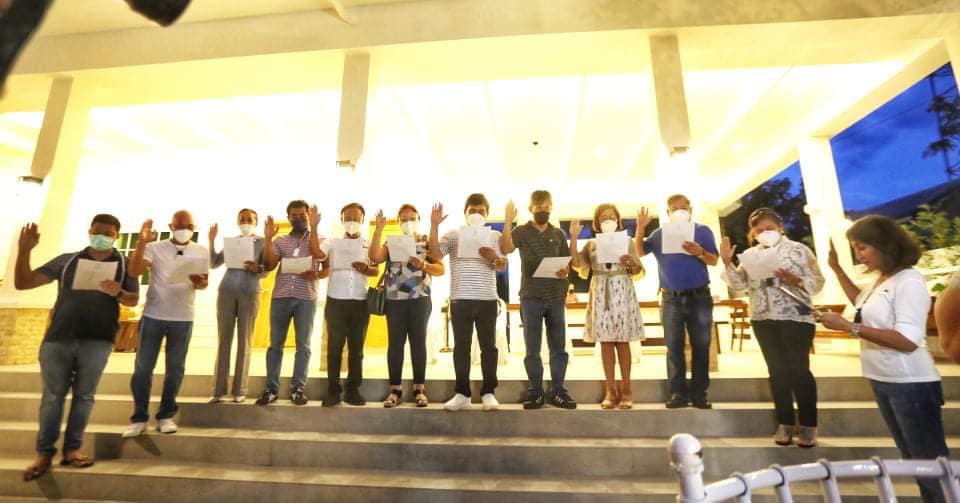 The Garcia-led One Cebu party welcomes new members into its fold. Mayors and other local officials in Cebu’s 7th district took their oaths on September 29, signifying their support to Cebu Gov. Gwendolyn Garcia. | Photo from Sugbo News

CEBU CITY, Philippines — More mayors are joining the Garcia-led One Cebu party as the filing for the Certificate of Candidacy (COC) for the May 2022 national elections draws near.

Local officials in Cebu’s 7th District on Wednesday, September 29, officially pledged their allegiance as new members of One Cebu, a post from the Capitol’s media arm, Sugbo News, stated.

They took their oath before Gov. Gwendolyn Garcia, and Cebu 7th District Rep. Peter John Calderon, and Board Members Christopher Baricuatro and Jerome Librando in Dumanjug, a bailiwick of the Garcias.

Garcia is seeking reelection as governor of Cebu. She will be facing former Tourism Secretary Ace Durano who just announced his bid for the gubernatorial race.

Last week, One Cebu welcomed into their fold several elected officials from Toledo City, and northern Cebu, including the Streegans in Sogod.

The filing for the Certificate of Candidacy (COC) for the May 2022 polls will start this October 1 until October 8.

Read Next
Manny Pacquiao hangs up his gloves for good