Over 3k residents in Bantayan Is. got COVID vaccine jab 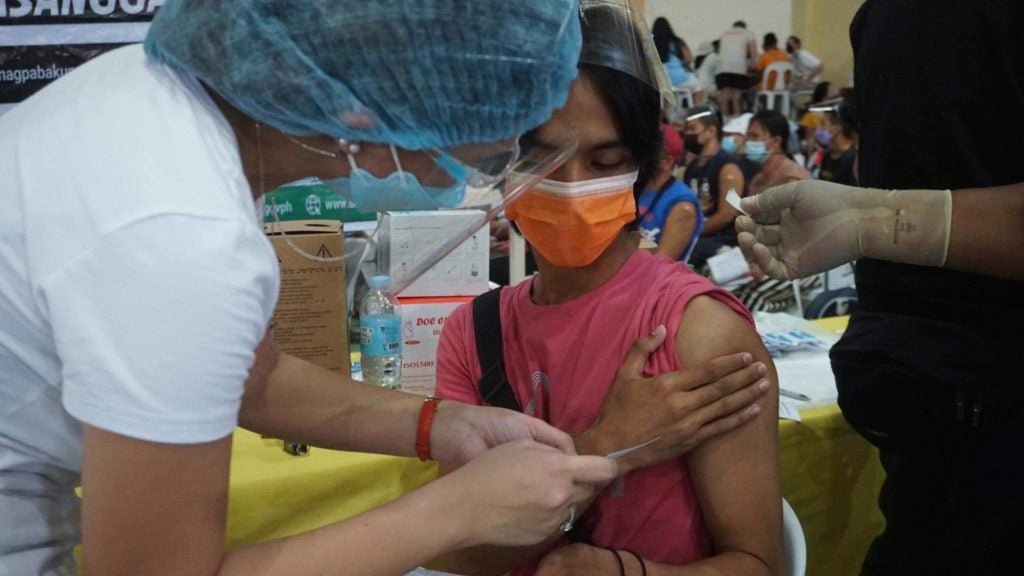 Over 3,400 individuals from the towns of Santa Fe, Bantayan, and Madridejos were inoculated during a two-day vaccination drive that aimed for the swift reopening of Bantayan Island’s badly hit tourism sector. | Photo from OPAV

CEBU CITY, Philippines – In an effort to expedite the safe reopening of the tourism industry, more than 3,000 residents in Bantayan Island were jabbed with the COVID-19 vaccines.

The government and private sector conducted a two-day vaccination drive last October 1 and October 2 in Bantayan Island to help its tourism sector recover, a press release from the Office of the Presidential Assistant of the Visayas (OPAV) said.

They were able to inoculate a total of 3,494 individuals from the towns of Santa Fe, Bantayan and Madridejos.

Officials said they will be prioritizing tourism destinations in the government’s vaccination campaign as part of its plans to resuscitate Cebu’s ailing economy.

“We need to restore tourists’ confidence in Cebu as a destination so they will return to help jumpstart Cebu’s economic recovery. Aside from implementing minimum health protocols, Cebu can ensure the safety of both tourists and locals through vaccination,” Sec. Michael Lloyd Dino, OPAV chief, was quoted on saying.

Retired Maj. Gen. Melquiades Feliciano, chief implementer of IATF-Visayas was also quoted saying that they are aiming to inoculate 100 percent of Cebu’s tourism workers before November.

OPAV added that they are planning to vaccinate tourism workers in Camotes Island soon.

Virgin Island, one of Bantayan’s island gems, is a perfect summer hideaway for tourists