Talisay closes Manipis to Camp IV roads from 6 p.m. to 5 a.m. due to landslides 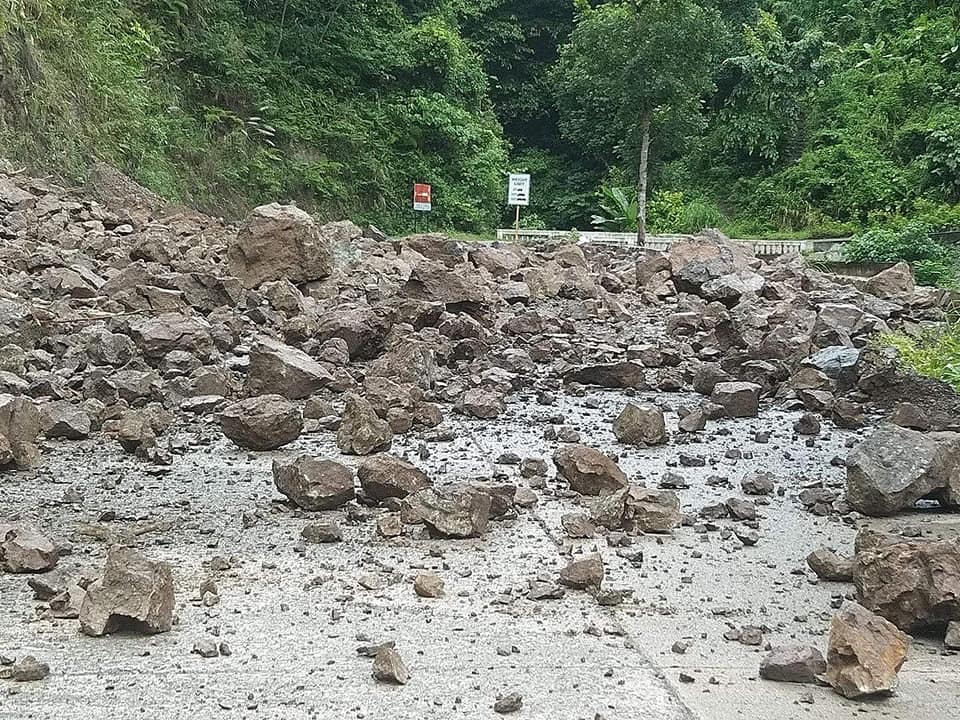 This is the situation in Sitio Langoyon in Barangay Manipis, Talisay City as of Saturday morning, October 9, 2021. |Photo courtesy of CT-TODA

CEBU CITY, Philippines – The Talisay City government has decided to temporarily close the road along Barangays Manipis and Camp IV from 6 p.m. to 5 a.m. due to the continuing landslides in the area.

Alvin Santillana, head of the Talisay City Disaster Risk Reduction Management  Office (CDRRMO), said that the closure was decided during his meeting with the barangay, police, and traffic personnel, among others on Friday, October 8, 2021.

Santillana said they noted major landslides at Sitio Langoyon in Barangay Manipis and Sitio Curba in Barangay Campo IV due to consistent rains the past few days.

Santillana said there will be personnel from Talisay City Police Station, City of Talisay Traffic Operations and Development Authority (CT-TODA), and barangay tanods who will guard the main blockades.

He stressed that while the main blockade will be at the barangay hall of Campo 4, they have already put up signages from Barangays Lagtang and Jaclupan, indicating that there is no access to Manipis to Toledo City during said hours.

Santilla said that the same goes for the upper part or at the intersection of Manipis.

He, however, clarified that only residents in the said barangays can pass through which was why they included the barangay tanods to guard so as to identify the residents.

But should there be a landslide activity during the daytime, Santillana said that it would be up to the Department of Public Works and Highways (DPWH) to decide where they would allow vehicles to pass.

Earlier today, the CT-TODA, through its Facebook post, informed that a landslide had occurred in Sitio Langoyon.

Talisay City Mayor Gerard Anthony “Samsam” Gullas, in his Facebook post, also urged his constituents, particularly those living near the landslide-prone areas to be extra careful.

Santillana also said that they will be coordinating with other local government units (LGUs) including Minglanilla, Cebu City, and Toledo City concerning route restrictions.

Read Next
Cebu City police back to monitoring resto-bars