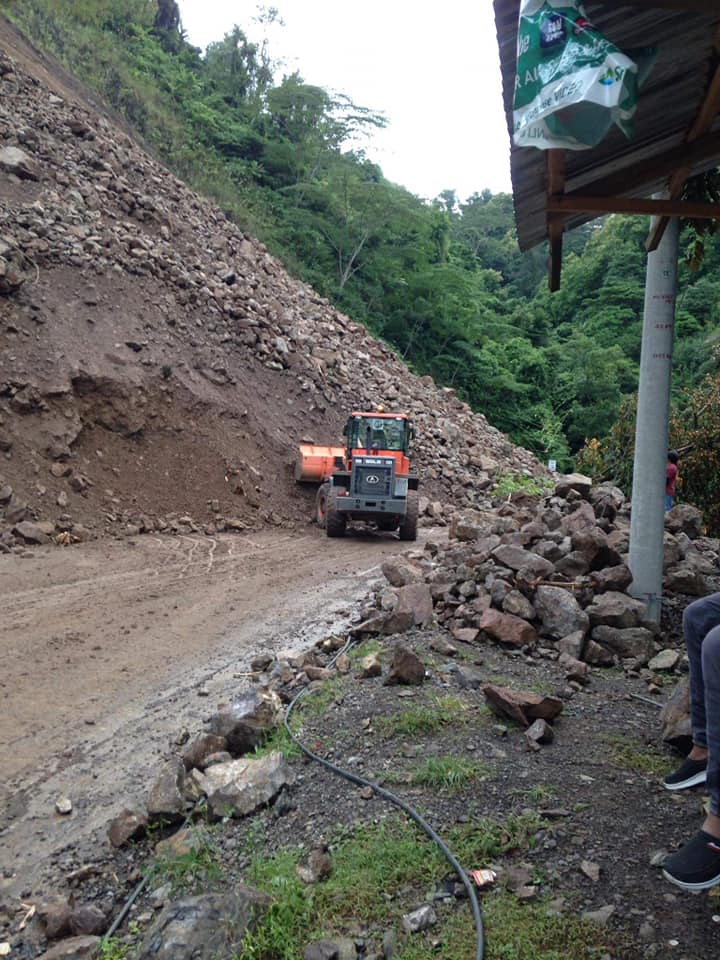 Rocks and soil from recent landslides continue to impede vehicular flow in the Manipis Road.  | photo from CT-TODA

This, after the City of Talisay – Traffic Operations and Development Authority (CT-TODA) announced on Wednesday, October 13 that the highway traversing Sitio Langoyon, Brgy. Manipis will be indefinitely closed.

Jonathan Tumulak, head of the CT-TODA, said the area is still perilous to motorists as rockslides and soil erosion continue to occur there.

Tumulak also said personnel from the Department of Public Works and Highways in Central Visayas (DPWH-7) are still conducting clearing operations, and that this may take a long time.

The traffic official added that engineers from DPWH-7 have already come up with measures to expedite their clearing operations but these too require them to close the road from traffic.

As a result, the city government advised residents in Talisay City’s mountain barangays who travel via Manipis Road, especially workers bound for Cebu City, to make the necessary adjustments.

Manipis Road in Sitio Langoyon, Brgy. Manipis has been closed from traffic since October 8.

Authorities believed the rockslides and soil erosion in the area were due to the incessant rains central Cebu experienced recently.    /rcg

Talisay closes Manipis to Camp IV roads from 6 p.m. to 5 a.m. due to landslides

Read Next
#LoiNie talk about their fears and lives before showbiz