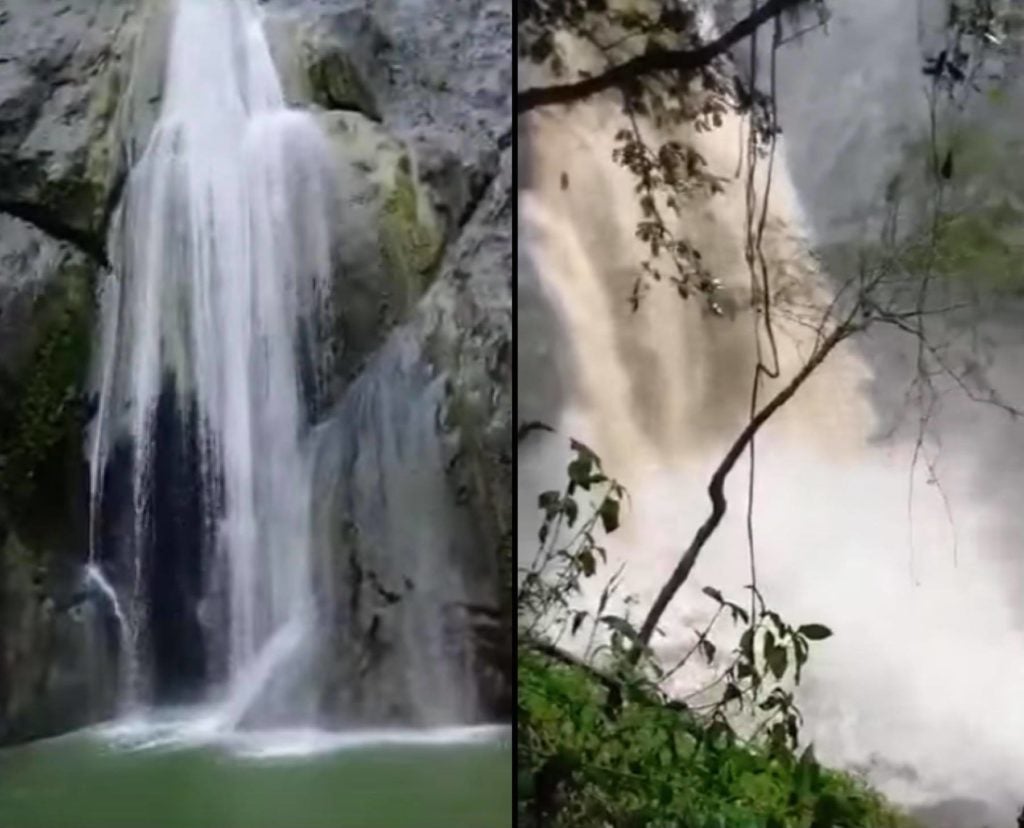 Ramil Ayuman, head of the Cebu City Disaster Risk Reduction and Management Office, posted on his Facebook account, the videos of the before and after situations in the falls.

Two individuals from Consolacion town in northern Cebu have set up camp in the area.

The waterfall was very calm in the first video which the campers took and they even panned it towards their baggage.

Then there was a heavy downpour that caused the gush of water in the falls which was captured in the second video sent by the responders in Barangay Budlaan.

According to Ayuman, the two individuals were safe and unhurt, but their belongings were washed away by the raging water.

Ayuman reminds the public to still be cautious when visiting waterfalls especially since PAGASA has already declared the start of the La Niña or extreme rainy season.

Last month, three people died when they were washed away by gushing waters while having a picnic at the Tinubdan Falls in the town of Catmon in northern Cebu.    /rcg