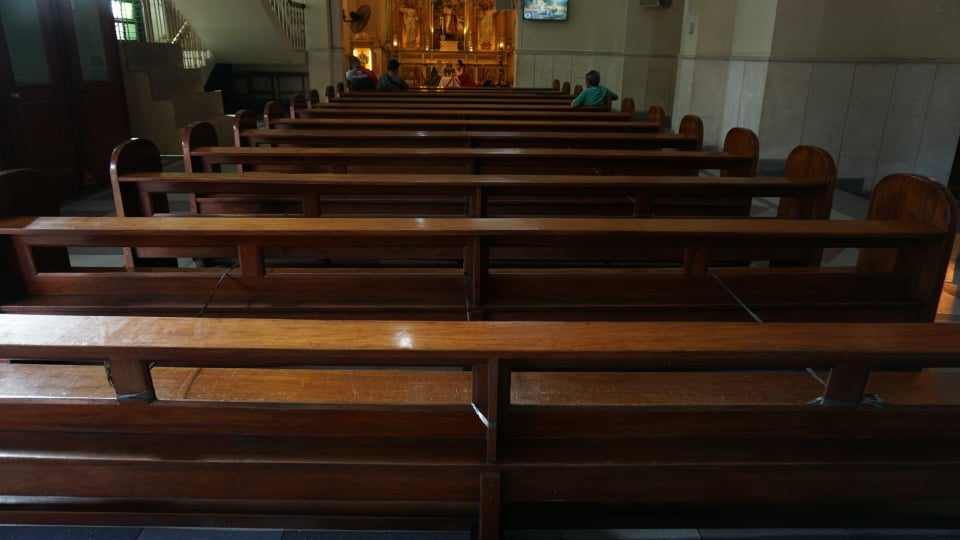 Chairs and pews in the Cebu Metropolitan Cathedral are tied up with black straw for social distancing between churchgoers during masses. | CDN Digital Gerard Vincent Francisco

CEBU CITY, Philippines — The Archdiocese of Cebu is willing to offer the churches as vaccination sites if the Cebu City government will ask for it.

Acting Mayor Michael Rama recently said that they are looking into partnering with the Catholic Church to use churches as vaccination sites in an attempt to bring the vaccination program closer to the public.

Monsignor Joseph Tan, the spokesperson of the Archdiocese of Cebu, said that the Church has already offered the IEC Convention Center Cebu (IC3) before as an isolation center, and now a vaccination center.

The Church is concerned that opening the parishes as vaccination sites may become a waste if the public will not get themselves vaccinated.

The Archdiocese hopes that this plan of the city government will be studied first on its strategic and logical feasibility as setting up a vaccine site will entail resources from both the government and the church.

The prelate urged the city government to intensify the vaccination information drive to convince the people to get vaccinated.

For the part of the Catholic Church, the Archdiocese of Cebu has been promoting vaccination among the faithful, although it is not being required for members.

There are instances of priests preaching against vaccines in the Church, but the Archdiocese has called their attention and discouraged teaching against the vaccine since the Church is not an expert on public health.

Tan said priests should avoid preaching something that may be detrimental to public health. /rcg

Read Next
Playing in the pandemic: Rondina getting used to playing sans audience