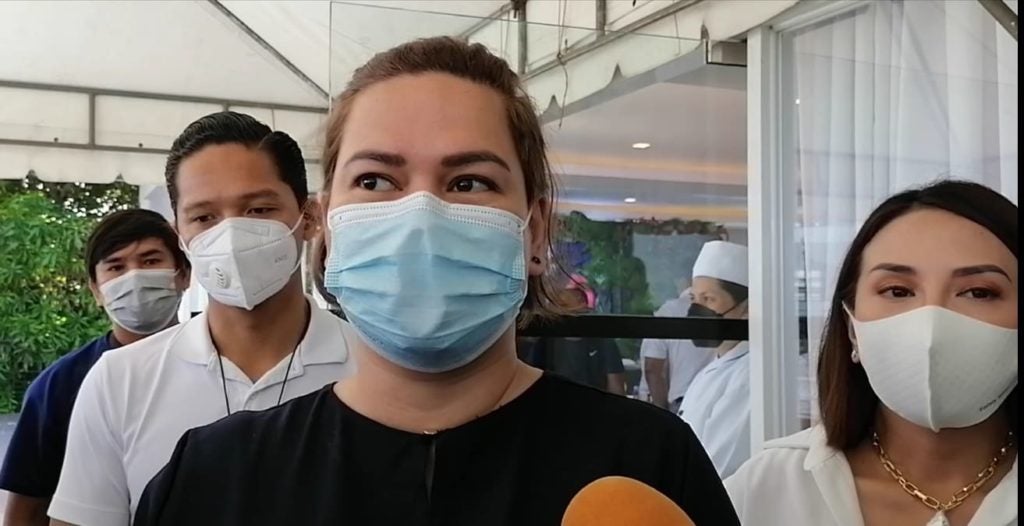 Sara Duterte-Carpio, who heads the Hugpong ng Pagbabago or HNP, says the party is open to supporting former Senator Ferdinand “Bongbong” Marcos Jr. in his bid for the presidency. | Morexette Marie B. Erram

CEBU CITY, Philippines — Davao City Mayor Sara Duterte-Carpio reiterated her decision not to run for President in the 2022 National Elections.

But the Presidential Daughter, who is also the founder of the political alliance Hugpong ng Pagbabago (HNP), is open to supporting the presidential bid of former Sen. Ferdinand “Bongbong” Marcos Jr.

“Ang among lang gistorya sa pagkakarun (is) how HNP in Davao region can help his bid for Presidency,” she added.

The Presidential Daughter was in Cebu for three days to attend official events in Liloan, a 1st class town located approximately 22 kilometers north of Cebu City.

She arrived on Friday, October 22, coinciding the arrival of Marcos who was in the city for the opening of his campaign headquarters.

Duterte-Carpio confirmed that she met with the dictator’s son but declined to provide further details.

“I cannot comment on that but you can ask him since he is the one who is a candidate for a national position,” she said.

She also stood by with her decision to seek reelection as the local chief executive of Davao City.

“No, I don’t have plans to run for President,” Duterte-Carpio added.

Speculations are still abound whether or not the mayor of Davao City will vye for the highest position in the country, which is currently held by her father President Rodrigo Duterte, through substitution.

Her arrival in Cebu last Friday that coincided with Marcos’ sparked new discussions among netizens.