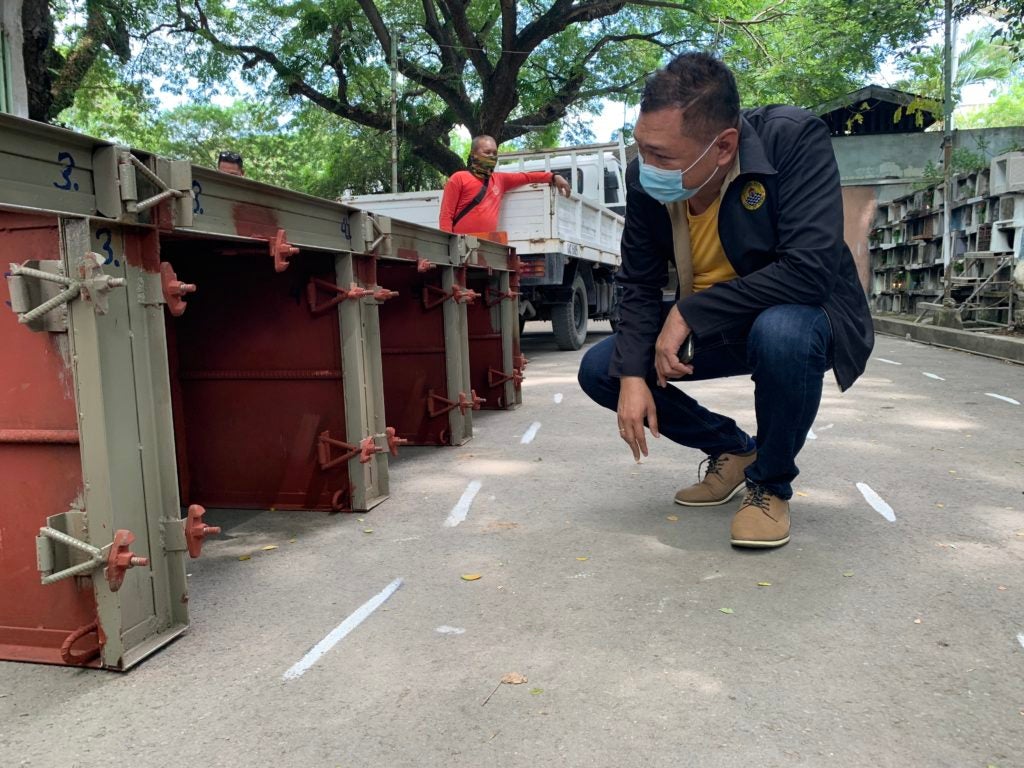 CEBU CITY, Philippines — Pre-fabricated molds that will be used to build new tombs have just been installed in the Cabantan Cemetery in Barrio Luz, Cebu City.

Cebu City Councilor Jerry Guardo, the City Council’s chairperson for infrastructure, said that the pre-fabricated molds were donated by ACLI, a private company, to the city government.

This after the city needed to build more tombs following the spike of deaths in August 2021.

Although the deaths have remarkably dropped in October 2021, Guardo said there is still a need to increase the burial capacity of the city to ensure that no shortage would happen in the future.

The five steel form molds have been installed at the Cabantan Cemetery to hasten the building of the tombs as it will only take two days to complete five tombs depending on the weather.

The only materials left needed would be the actual cement and the steel cables to reinforce the form of the tombs. Once the cement hardens, the mold will be removed and another layer on the top of the first one will be added.

This means that a four-layer tomb pannel with a total of 16 tombs will take at least only eight days to complete under a fair-weather circumstance.

Guardo said the city government has turned over the pre-fabricated molds to the Cabantan Cemetery to be used as they see fit.

The city government will also try to negotiate more molds for other cemeteries as well including Calamba and Carreta so that more cemeteries can take advantage of the technology.