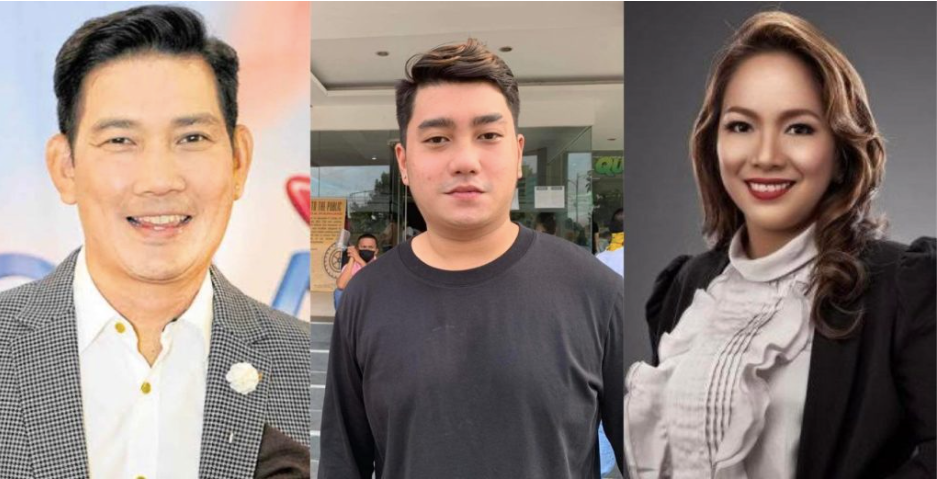 Richard Yap (left) has declined to accept the challenge of Councilor Prisca Niña Mabatid (right) to undergo a DNA test to prove that he has no relation with Joshua Paolo Jenson (center), the man claiming to be his son.

CEBU CITY, Philippines—Cebu City North District congressional candidate Richard Yap said he would not accept the challenge of Councilor Prisca Niña Mabatid to take a DNA test to prove that he had no relation to the man who had claimed to be his son.

Yap said in an phone conference with reporters that Mabatid had no ground to issue the challenge because she was not the mother or anyone related to the child.

The challenge only proves that she was behind the man who was seeking for a compulsory recognition of natural child from him in court.

The candidate said he had no reason to answer the challenge because the case was already in court and the court is the proper forum to address the issue.

The lawyer of Richard Yap released a statement saying they were still waiting for a copy of the petition for compulsory recognition.

“Mr. Yap is certain that it is indubitably unfounded. Mr. Yap assures the public and his supporters that there is no truth to such claims, and that he puts his trust in the justice system in threshing out the truth in the days to come,” said Lawyer Joahna Paola Domingo, Yap’s legal counsel.

Yap said the whole stunt had become very politically motivated especially that Mabatid has set the deadline on November 15, 2021, on the last day of the substitution or withdrawal of candidacy.

Mabatid had said in her previous statement that if Yap took the DNA test and proved that the man was not his son, she would step down as Barug PDP-Laban’s candidate for the North District.

However, if the man was indeed his son, then she would lose all her respect for Yap.

Yap had left the case for his lawyers to handle and said that he would not fall for this attempt to besmirch his reputation.

Joshua Paolo Jensen, the man who claims to be Richard Yap’s son, also released a statement on social media reiterating that the filing of the case had no political motivations and he only wanted the truth to know his biological father.

Read Next
Mandaue police ready to help during vaccination of minors