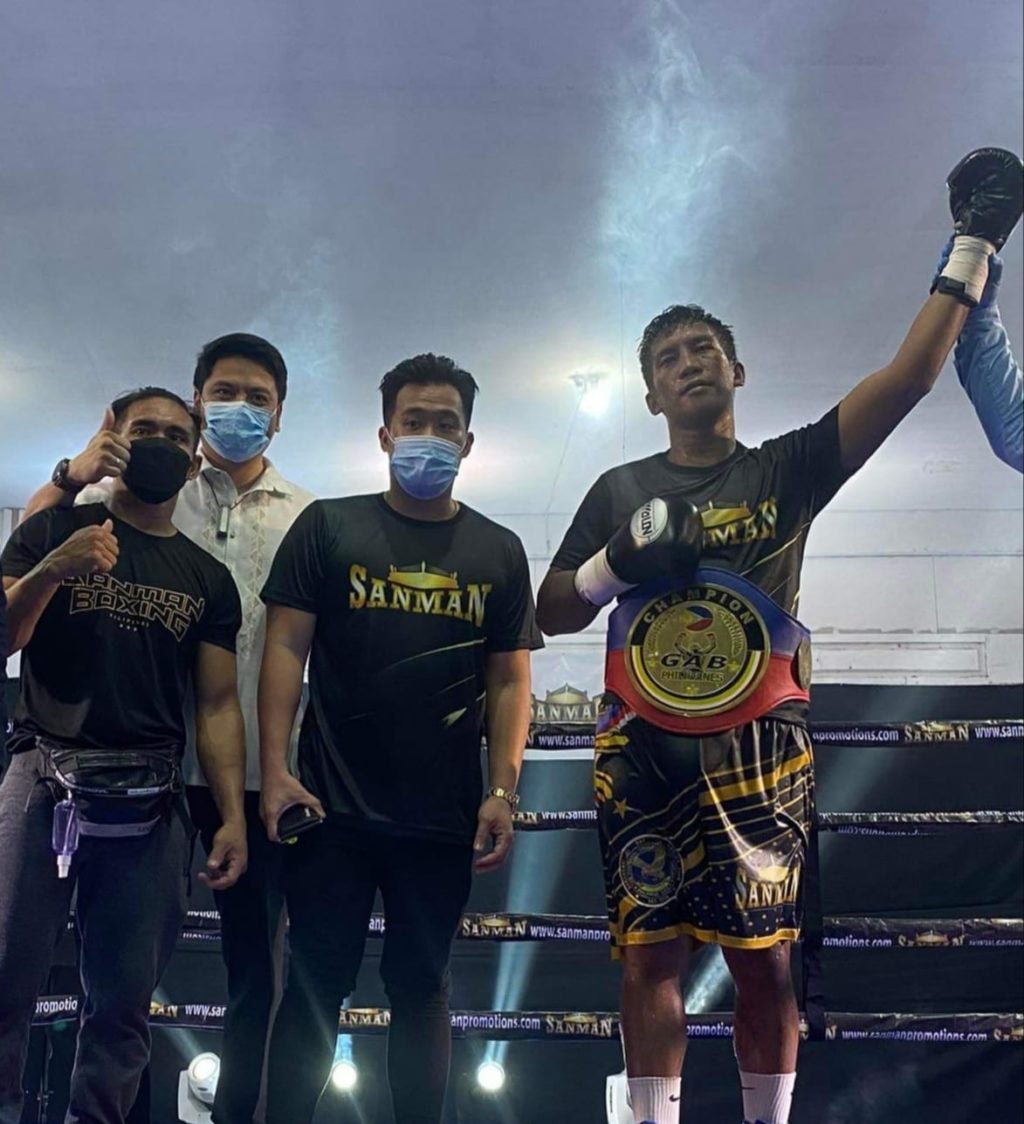 Adam Diu Abdulhamid raises his hands with the Philippine welterweight title worn around his waist after defeating Jason Egera in the main event of Sanman Bubble VI in General Santos City on Friday, October 29. | Photo from Sanman Promotions.

Abdulhamid put on a dominant showing by pummelling Egera with combinations until the latter decided that he had enough in the eighth round.

Egera, sensing that he was in danger of getting knocked out, decided to surrender in the middle of the eighth round which gave a technical knockout victory to Abdulhamid.

Egera had his fair share of good moments in his loss to Abdulhamid, but it wasn’t enough to stop the latter from landing more punches.

With the victory, the 26-year-old Abdulhamid of General Santos City improved to 17 wins with 9 knockouts along with nine defeats.

Palicte extended his winning streak to three, following his 2019 loss to Renz Rosia in Manila.

Olympian Mark Anthony Barriga also won by unanimous decision against Ramel Antaran. Barriga who competed in the 2012 London Olympics improved to a 11-1 (win-loss) slate with 2 knockouts.

On the other hand, former world title challenger Joey Canoy beat Michael Camelion by unanimous decision. With the victory, Canoy’s record improved to 17-5-1 (win-loss-draw) with 9 knockouts.

It was Canoy’s first win after losing to African Nhalnhla Tyirha in a non-title bout last May 21, 2021 in East London, South Africa.