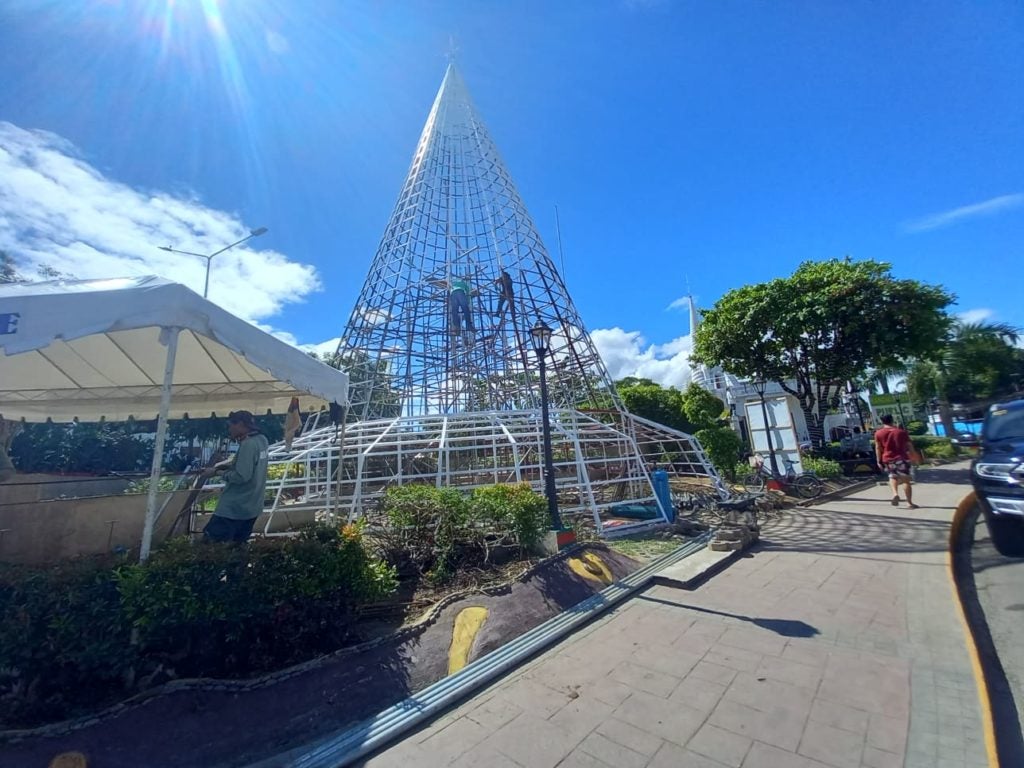 MANDAUE CITY, Philippines — Mandaue City’s giant Christmas tree, along with other Christmas decorations at the city’s plaza, are 70 to 80 percent complete.

Engineer Marivic Cabigas, General Services department head, said this as she gave an update on the project.

Cabigas said the city government budgeted nearly P10 million to construct the “Christmas in Milan”-inspired Christmas tree and decorations located in front and beside the city hall.

She also said that the city, however, had only spent over P1 million for these because they were able to reuse some of last year’s decorations.

She said for this concept, more lights would be installed compared to the past years.

She added that there would also be music that would accomplany the lights.

Cabigas said they are hoping that the public would feel happy and hopeful with these decorations this Christmas season despite the pandemic.

(We are giving more lights here in our plaza at least to Mandauehanons will be having hope. Our situation especially with the pandemic will soon be lifted so that we can have what we call a light in our future in the years to come. Beautiful lights that life is still beautiful like that.)

Cabigas said they plan to hold the Christmas lighting ceremony on December 1, 2021.