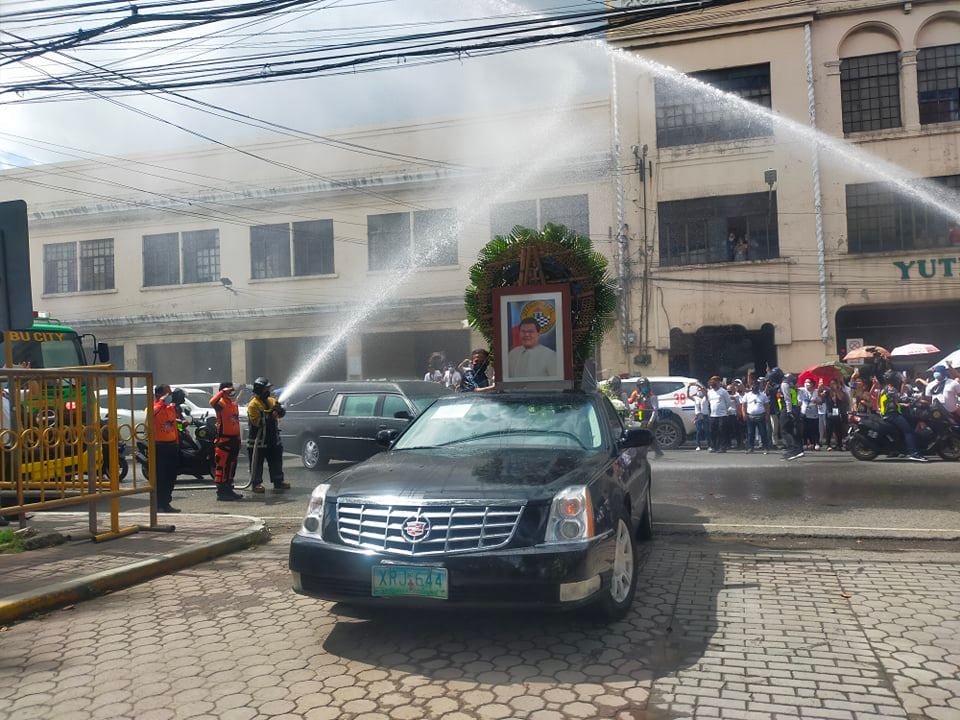 The arrival of the hearse carrying the remains of Mayor Edgardo Labella at the City Hall on Wednesday, November 24, 2021. CDN Digital photo | Delta Letigio

The remains of the city’s duly elected mayor were brought to the Legislative Building for public viewing on Wednesday, November 24, 2021 until he will be buried at the Golden Haven Memorial Garden on November 26.

White flags and banners with the words, “We miss you, mayor,” carried by city residents lined the 5.6 kilometer route from the Crystal Palace in Barangay Lahug, to Barangay Mabolo, and finally to the City Hall in Barangay Sto. Niño.

Every few kilometers, an arc of water from fire trucks greeted the hearse and Mayor Labella’s memorial image as the Bureau of Fire Protection (BFP) set up water salute points along the route. The Philippine Army and Philippine Navy also stationed themselves in certain areas as they salute the way of the mayor back to his office. 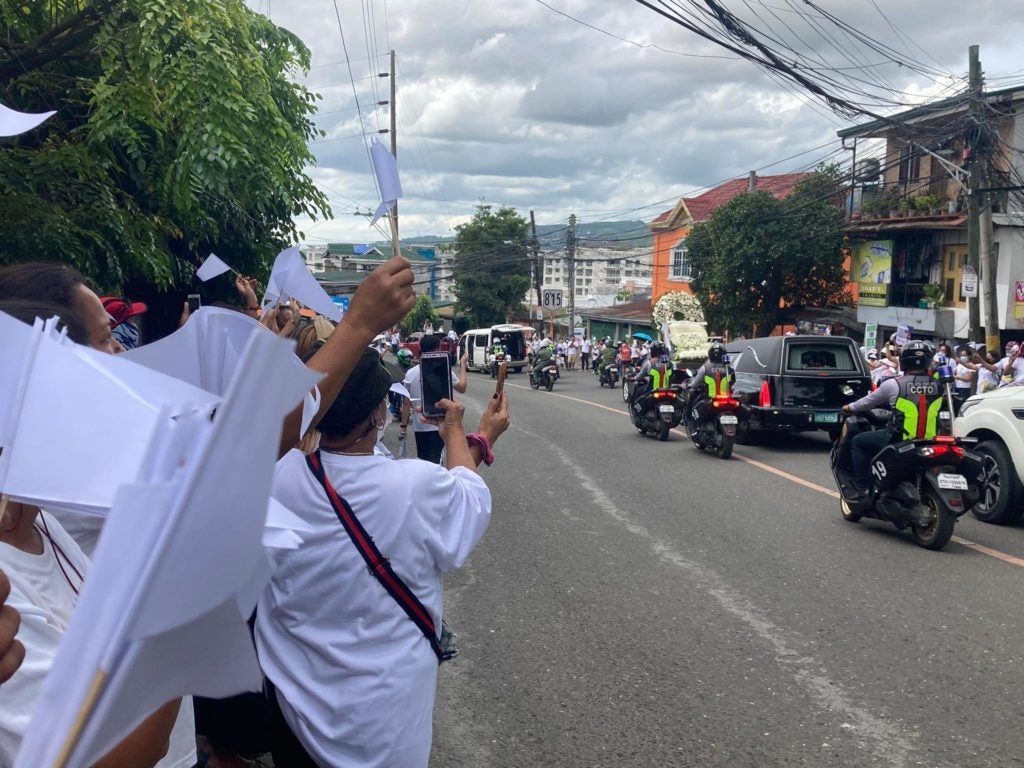 This will be the last time Mayor Labella will be visiting his office for the past two years, the office he rebuilt for future chief executives use.

Dubbed as the “Crisis Mayor,” Labella prioritized the health of the city over his own, amid the ongoing COVID-19 pandemic. He passed away due to septic shock secondary to pneumonia on November 19, 2021.

As Mayor Labella’s hearse approached the Executive Building of the City Hall, employees wearing white greeted him from all sides, some getting emotional on his arrival.

Office of the Mayor employees, especially, sobbed together as they comforted themselves on the death of their boss.

As the remains of the mayor finally reached Plaza Sugbo, a crowd was waiting for him, employees and the public alike, waiting to pay their last respects to the mayor who have served them until the end of his life.

Officials of the Police Regional Office in Central Visayas (PRO-7) led by Brigadier General Roque Eduardo Dela Peña Vega carried the mayor’s coffin to the lobby of the legislative building.

Police Colonel Josefino Ligan, the director of the Cebu City Police Office, whom the mayor has repeatedly called his partner in peace and order, was among those who carried the coffin of the chief executive on his shoulders. 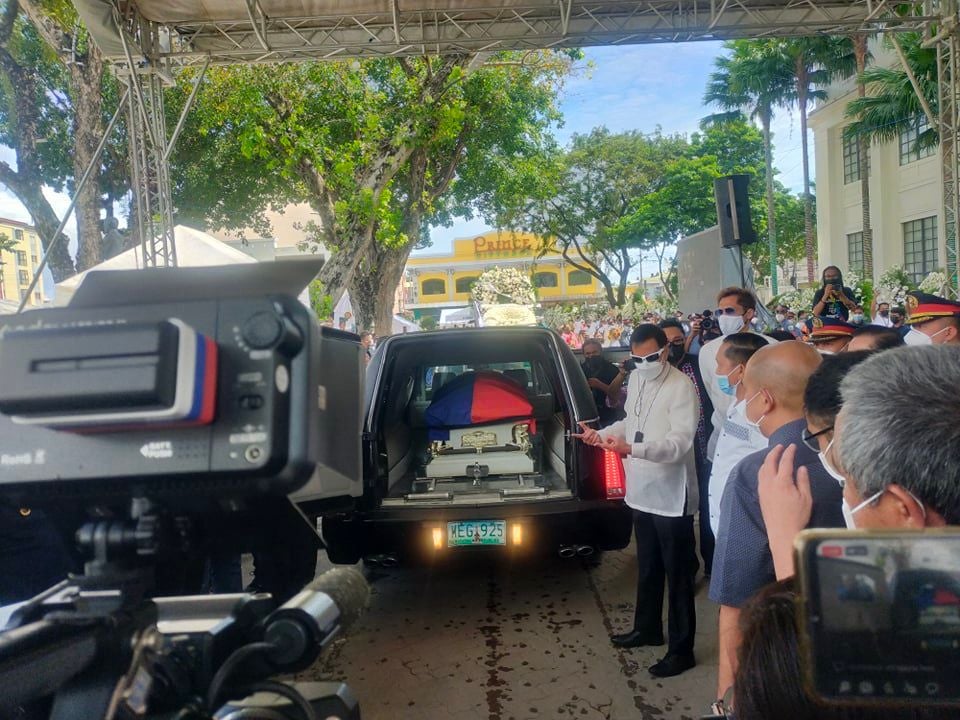 The mayor’s coffin is taken out of the hearse. CDN Digital photo | Delta Letigio

Later, Councilor David Tumulak, who organized the transfer of the mayor’s remains from Crystal Palace to Cebu City Hall, also joined the family and city officials in a closed-door necrological service.

Jepoy Labella, the mayor’s son, said he was overwhelmed with the support he saw from Cebuanos. 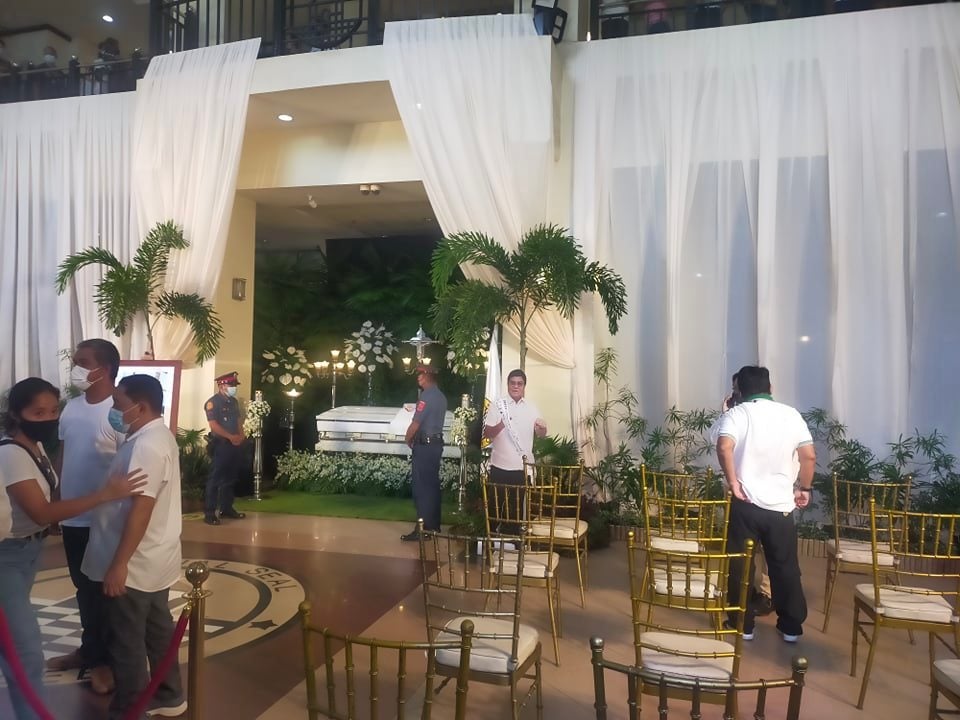 The remains of Mayor Edgardo Labella is open for public viewing at the City Hall. CDN Digital photo | Delta Letigio

The public will be allowed to view his remains provided they follow health protocols with masses every 12 noon, 3 p.m., and 7 p.m.

On Friday, he will be buried at the Golden Haven Memorial Garden in Barangay Talamban. /bmjo

Read Next
Experience luxury unlike any other at Club Serena Resort