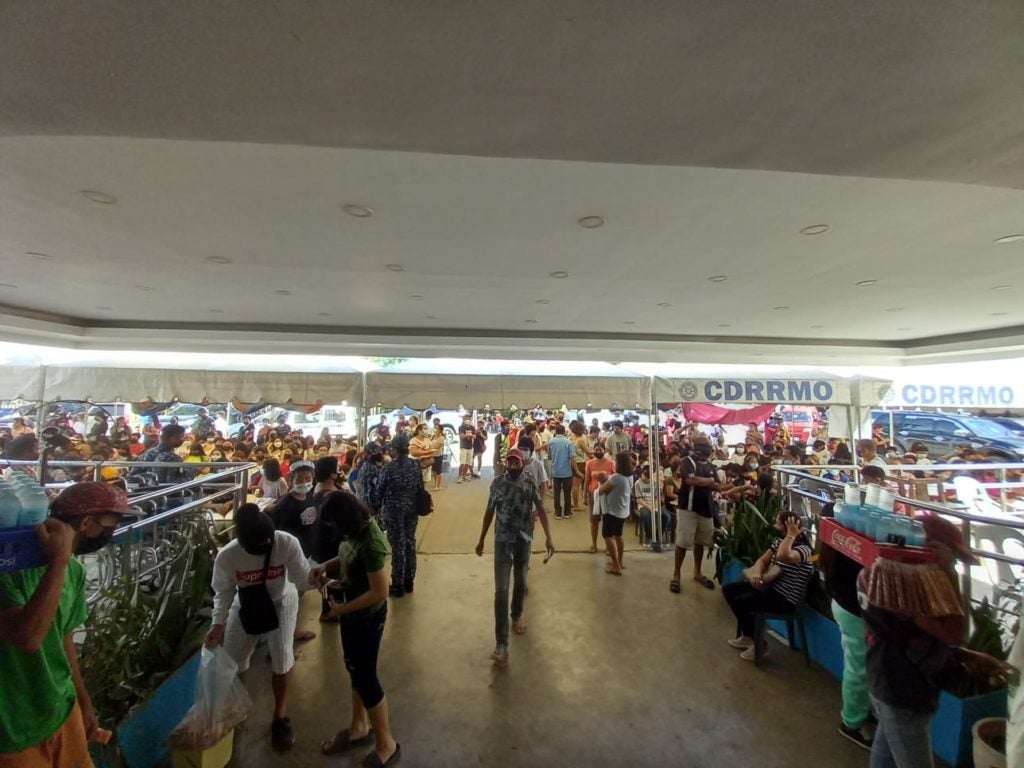 The Mandaue City government has vaccinated 9,046 individuals this day, the start of the 3-day national vaccination drive. | Mary Rose Sagarino

MANDAUE CITY, Philippines — The Mandaue City government has reached 121 percent of its  daily target for the three-day vaccination drive.

Subangdaku Barangay Captain Ernie Manatad, who is also the president of the Association of Barangay Councils and chairman of Mandaue City’s Vaccine Board, said the city had vaccinated 9,046 individuals during the first of the National Vaccination Days on Monday, November 29, 2021.

People have flocked to the vaccination sites of the city.

At the Mandaue City Cultural and Sports Complex, one of their five vaccination sites that caters to minors aged 12 to 17 years old, they put up additional tents and even the bleachers above the complex that wasn’t used for a while was full.

Despite the heat of the sun, individuals, who wanted to be vaccinated, lined up outside the city’s offsite-vaccination drive in Barangay Ibabao-Estancia Gymnasium.

Robella Villegas of Barangay Guizo said aside from the fact that her family members were already vacccinated, she decided to get vaccinated so that she would not have a difficulty in entering establishments especially in the market.

The city was happy with the great response of people who wanted to be vaccinated.

(We expect many people but we did not expect these large number of people. We are actually expecting more tomorrow because it is Bonifacio Day. It’s a holiday so most probably the announcements via our FB page, at the same time our national announcements really worked.)

“It’s good to see that people are becoming aware and interested and so eager to be vaccinated and it’s a good thing,” said Lawyer Julius Caesar Entise, deputy chief for operations of the city’s Emergency Operations Center.

With this the Mandaue VOC is quite confident that they would achieve the 22,500 individuals expected by the Department of Health from them by the end of the three day vaccination drive.

Police, members of the Bureau of Fire and Protection, Bureau of Jail Management and Penology, contact tracing team, among others have assisted and helped in managing the vaccination.

There were also dentists, pharmacists, nurses, doctors, among others who have voluntered to help with the vaccination.

Tomorrow, there will be a school-based COVID-19 vaccination drive at the Academia De San Jose of the National Shrine of St. Joseph.